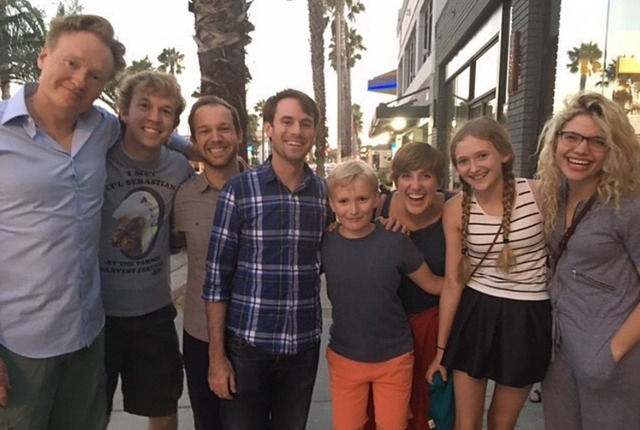 The clean, family-fun comedy of Studio C is reaching millions around the world on a daily basis. It was just last month that the cast reached 1 million subscribers on YouTube, but many of their videos have reached a far wider audience.

And his follow-up appearance as a volleyball player has garnered nearly 18 million views.

In fact, Studio C's comedy has even reached the home of Conan O'Brien, who recently posted a photo with the cast on Instagram, saying, "Just ran into some of the talented people from the sketch show #StudioC. They have brought a ton of laughter to my house."

Just ran into some of the talented people from the sketch show #StudioC. They have brought a ton of laughter to my house. @studioctv

Not only are these hilariously talented Mormons reaching the homes of other celebrities, many celebrities have appeared in their sketches.

Take, for instance, these sketches with Steve Young and famous LDS DJ Kaskade:

There's no doubt about it, Studio C is making a big impact and making people laugh around the world. Be sure to check out their Face to Face on October 19!