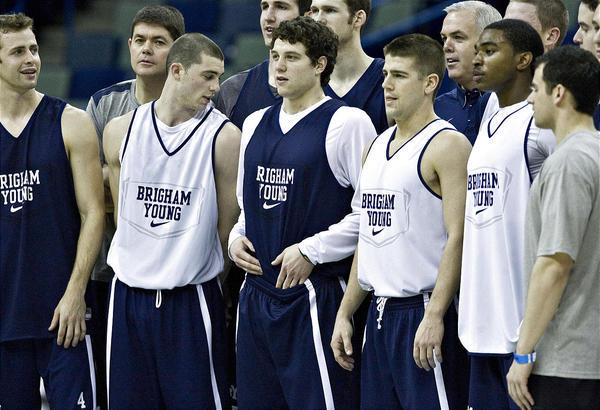 It is interesting what stirs the media about BYU at this stage of the NCAA Tournament.

Jimmer Fredette, of course, is first.

The Brandon Davies suspension is a close second or third.

Some media folks can't get enough of the fact that BYU's postseason appearances this year have been in Las Vegas (MWC tournament) and here near Bourbon Street, cities known more for their decadence than their basketball.

It's as if BYU's players were aliens in a world without oxygen. How can they survive?

Of course, the real show begins tonight when No. 2 seed Florida plays No. 3 BYU. But on Wednesday, there were plenty of storylines to report about among the writers dispatched here from from coast to coast.