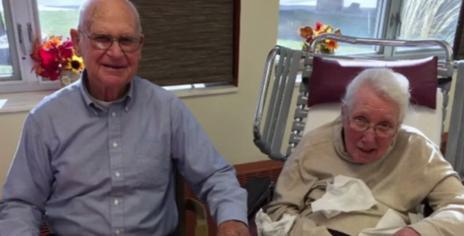 Henry De Lange took care of his wife, Jeanette, who suffered from Alzheimer's, for eight years. When she passed away, his sons told him, "Mom's gone to heaven. You don't have to fight anymore, you can go too if you want." Henry opened his eyes, looked at his wife, and closed his eyes for the last time.

A Christian couple's six-decade love story recently came to an end with a series of events one of their sons is collectively calling a "beautiful act" of God.

Henry and Jeanette De Lange of Platte, South Dakota, first met at a skating rink in the 1940s and wed in 1953. Decades later, they both died at a nursing home on July 31, just 20 minutes apart from one another, CNN reported.

It's their uncommon deaths—teamed with the couple's intense faith and devotion—that has attracted so much attention to their story.

"As a couple, they loved each other a lot and they were both devoted to Christ," their son Lee De Lange said, according to ABC News.