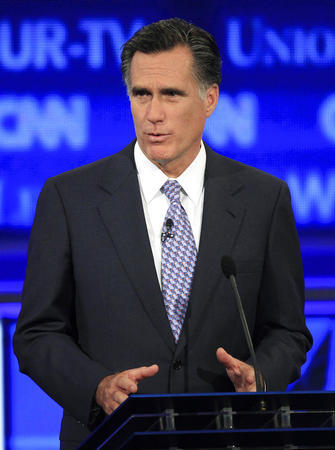 Coverage of Romney's Mormon religion appears more fair than in '08

For the first time two members of The Church of Jesus Christ of Latter-day Saints are officially competing for the GOP nomination for president of the United States of America, and the Mormon faith of Mitt Romney and Jon Huntsman Jr. is already the subject of considerable media attention.

In 2008, coverage of Romney's Mormonism was sometimes unfair or inaccurate, said Lane Williams, a doctoral candidate who performed extensive research on the subject. Yet, reporting on the Mormon faith of Romney and Huntsman may be changing, becoming more fair and accurate.

Having studied some 200 articles on Romney's Mormonism during graduate work at the University of Maryland, Williams estimated that about one-fourth of the articles used the word "cult" in association with the LDS Church and a similar amount used the word "polygamy." Additionally, "secrecy" or "secretive" was used in some form in nearly 40 percent of the articles.