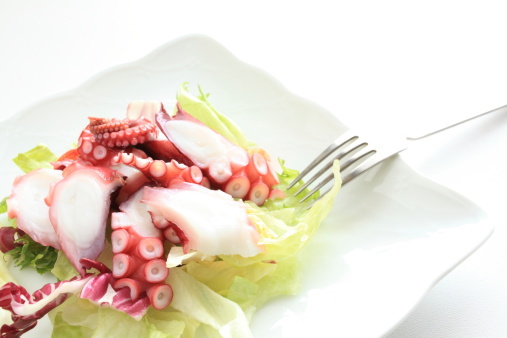 With missionaries from The Church of Jesus Christ of Latter-day Saints serving around the globe in numerous cultures, unique encounters with food become a prominent part of the missionary experience. Such moments make for great stories but can also help create an understanding of and appreciation for different cultures. We asked our readers to share some of their most memorable food experiences from their missions.

Two missionaries serving in a small Austrian farm town in 1923 reported after eating with a member family, “We enjoyed ourselves until they asked us how we like the lungs. Pigs’ lungs wouldn’t be so bad if one did not know what (they were), but that spoiled our appetites. It was not spoiled very long, though. As soon as Sister Huber saw that we did not like the lungs or the other dish of pigs’ feet, ears and tail, she brought us each the leg of a gander.”

Nearly 90 years later, my companion and I were teaching a Punjabi family in that same town who insisted on feeding us each time we visited. We enjoyed the goat’s meat, rice and chapati Sister Pal cooked directly on the burners of their half-sized stove, but members of the local branch who came with us weren’t used to the spices in Indian food. I particularly remember one Austrian woman who gamely ate a large portion, tears streaming down her face, in order to show respect for the Pals and their culture. When we checked in the next day, she confessed she hadn’t slept a wink all night!

In Argentina, back in “ancient” times, there wasn’t much that I didn’t like. I had eaten all the organ meats most of my life, so that wasn’t new. Once we ate “cow hoof” sauteed with a sauce and served over rice. They boiled the hoof, took the gelatin out, diced the gelatin and served that with the gravy over rice. It was just like eating unflavored Jell-O. I loved most of the food down there. Still do.