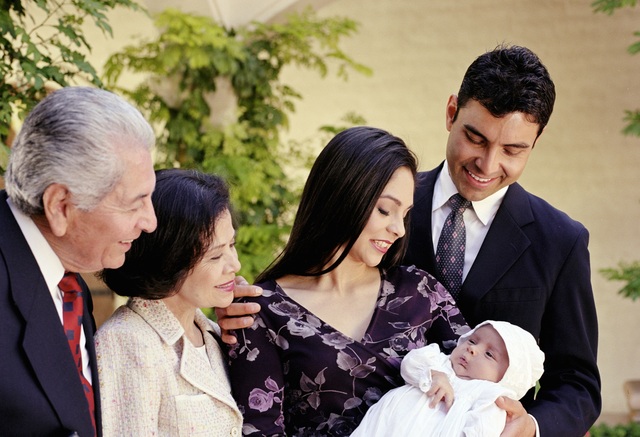 D&C Lesson 8: "The Restoration of the Priesthood"

INTRODUCTION: It would be a mistake to over-simplify the restoration and purposes of the priesthood, but perhaps an analogy will help us understand what is happening.

Suppose that you decided to create a new company, one with a possibility of unlimited growth. Even though you would be able to do some, even most, of the original work by yourself, a time would come when you would need to enlist the help of others willing to work with you to accomplish the goals of the company. You would invest some of those people with the authority to act in your name in behalf of the company. As the size of the company increased, you would require more and more assistance to accomplish the necessary work. If the company became large enough and generated enough interest, you might offer opportunity for investment and profit-sharing to all those willing to meet the necessary requirements and labor for the objectives you had established.

I know this analogy is painfully obvious, but it is a clear description of the priesthood and its purposes, and the Lord’s intent in authorizing his children to labor for him and with him in the work of the kingdom.

1. DEFINITION AND PURPOSE OF THE PRIESTHOOD

According to John Taylor, third President of the Church, priesthood “is the power of God delegated to intelligences in the heavens and to man on earth.” This definition has been confirmed by the leaders of the Church. For example, Joseph F. Smith said, “It is nothing more nor less than the power of God delegated to man by which man can act in the earth for the salvation of the human family.” Under this definition nothing can be greater than priesthood. Nothing can transcend the power of God. All things must be the product of that power. (John A. Widtsoe, Evidences and Reconciliations, p.249)

B.H. Roberts used an analogy similar to but better than the one in the introduction:

There is such a thing known among men as power of attorney. It is this: A man possesses property in this city, perhaps real estate, perhaps a merchandising establishment—bonds, stocks of various kinds; but he does not reside here—his home is at a distance, and he is not able to give his personal attention to his business interests in this location; he therefore selects some man in whom he has confidence, in whose business integrity he places great reliance, and he says to him: I wish you to become my agent, to act for me, to take possession of this property, to manipulate it with a view to increasing my wealth. And in order that the proceedings may be lawful, and that the people may have confidence in your transactions, we will go to a notary public and draw up an instrument stating that I give to you this authority, that you shall act for me; and it shall be signed, and the seal of the court shall be placed upon it. That is done, and the agent, equipped with this power of attorney, goes into business circles; he buys, he sells, he makes contracts, signs them, disposes of property, and purchases other property; he does whatever his judgment dictates as being wise and profitable; and by whatsoever he does, so long as he continues within the lines marked out in this power of attorney, the principal is bound. He is compelled in law to respect the acts of his agent; and whatsoever he shall do, when acting under the law, is just as good and valid as if the owner of the property himself were performing the transactions. We call that power of attorney.

Priesthood is something like that. It is power which God gives to men by which they are made His agents; and when operating in the same way that this agent we have been speaking of does, they do whatever they are appointed to do by the Lord Almighty; and so long as they act in accordance with the law of the Gospel, so long as they act in harmony with the prescribed powers of the Priesthood, whatsoever they shall do is just as binding and valid as if the Lord Almighty, from whom they receive or derive their authority, had performed the act Himself. (Collected Discourses, Vol.2, B. H. Roberts, February 23, 1892)

I believe there is great significance in the use of the phrase “in the name of Jesus Christ” by those who perform priesthood ordinances. When we act in the authority of the priesthood we ought to be doing what the Savior would do if he were there himself. And the more closely our conduct, words, will, and activities match the Lord’s, the more divine power will attend us in the performance of our priesthood duties.

2. THE RESTORATION OF THE AARONIC PRIESTHOOD

John the Baptist was the one sent to restore the Aaronic Priesthood. The records suggest that he came for two reasons: one, because he was the last legal administrator of the Aaronic priesthood; two, because he held the keys of the Presiding Bishop of the Kingdom.

1. John the Baptist was the last legal administrator under the Mosaic Law who held both the Aaronic Priesthood and “the keys of the ministering of angels, and of the gospel of repentance, and of baptism by immersion for the remission of sins.” (D&C 13) This priesthood and these keys are what he conferred upon Joseph Smith and Oliver Cowdery in the early days of this dispensation.(Bruce R. McConkie, A New Witness for the Articles of Faith, p.347)

2. The office of Presiding Bishop of the Church is the same as the office which was held by Aaron. It is the highest office, holding the presidency in the Aaronic Priesthood. It was this office which came to John the Baptist, and it was by virtue of the fact that he held the keys of this power and ministry that he was sent to Joseph Smith and Oliver Cowdery to restore that Priesthood, May 15, 1829. (Joseph Fielding Smith, Church History and Modern Revelation, Vol 2, p.30)

The language of the restoration of the lesser priesthood is enlightening.

Upon you my fellow servants, in the name of Messiah I confer the Priesthood of Aaron, which holds the keys of the ministering of angels, and of the gospel of repentance, and of baptism by immersion for the remission of sins; and this shall never be taken again from the earth, until the sons of Levi do offer again an offering unto the Lord in righteousness. (D&C 13:1)

Consider the following verses in connection with the responsibility of the sons of Levi to offer an offering in righteousness:

A. Therefore, as I said concerning the sons of Moses  for the sons of Moses and also the sons of Aaron shall offer an acceptable offering and sacrifice in the house of the Lord, which house shall be built unto the Lord in this generation, upon the consecrated spot as I have appointedB (D&C 84:31)

Notice that priesthood bearers are here called the sons of Aaron.

Oliver Cowdery described the restoration of the Aaronic Priesthood in these words:

But, dear brother, think, further think for a moment, what joy filled our hearts, and with what surprise we must have bowed, (for who would not have bowed the knee for such a blessing?) when we received under his hand the Holy Priesthood as he said, “Upon you my fellow servants, in the name of Messiah, I confer this Priesthood and this authority, which shall remain upon earth, that the Sons of Levi may yet offer an offering unto the Lord in righteousness!” (Joseph Smith History   Oliver Cowdery Footnote)

3. THE RESTORATION OF THE MELCHIZEDEK PRIESTHOOD

I was reading Alma 13 recently and discovered an insight into the Melchizedek Priesthood that I had missed before. This chapter indicates that those who receive this higher priesthood have received a holy calling (13:4,5,6,8), to a holy order (13:6) and that they received it by a holy ordinance (13:8). Reflect on this as you consider those you know who hold this higher priesthood—they were called with a holy calling to a holy order by a holy ordinance. There is not another office in the world like this one. What an honor to assume responsibility (1) to administer the gospel (D&C 84:19), (2) for all spiritual blessings in the church (D&C 107:18), (3) for presiding in the Church, (4) for gathering Israel, etc. And while the Aaronic Priesthood holds the keys of the ministering of angels, without the Melchizedek Priesthood, “no man can see the face of God, even the Father, and live” (D&C 84:22).

There is another often-overlooked insight into the power of this calling in the Joseph Smith Translation of Genesis 14.

For God having sworn unto Enoch and unto his seed with an oath by himself; that every one being ordained after this order and calling should have power, by faith, to break mountains, to divide the seas, to dry up waters, to turn them out of their course;

To put at defiance the armies of nations, to divide the earth, to break every band, to stand in the presence of God; to do all things according to his will, according to his command, subdue principalities and powers; and this by the will of the Son of God which was before the foundation of the world. (Genesis 14:30,31, JST appendix)

This oath, sworn to Enoch and his seed (which would of course include every Melchizedek Priesthood holder on the planet), suggests that many of us have not yet come to an understanding of the nature of the power the Lord has given to us by this holy calling to a holy order by a holy ordinance.

﻿CONCLUSION: ﻿The morning I was to be ordained a deacon, I awoke to find a letter from my father waiting for me in my bedroom. I have lost the letter, but I still remember some of the words. He told me that on that day I would receive a power greater than even the president of the United States, unless he repented and joined the Church. He spoke to me of what an honor it was to receive that sort of trust from the Lord. I made my way to priesthood meeting and my ordination with a deep sense of wonder about what was soon to happen.

Seven years later, after my father had passed away, I went to a priesthood meeting and found a member of the stake presidency there. He invited me into the Elders Quorum and ordained me to the office of elder. I did not know he was coming. I was nearing the age of my mission and I had been sustained, but I had not prepared. I went to a meeting; he came; I was ordained. It happened so as it so often does in the Church, without noise or accolade. It is only by searching the scriptures and seeking the Spirit that we learn, or begin to learn, what the priesthood is all about.