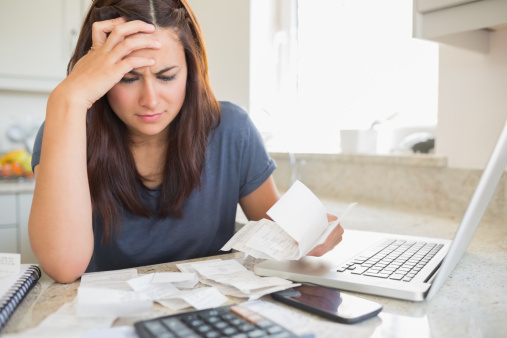 Dave Says: 4 Ways to Live Within Your Means

My mom and dad always told me to live below my means, but they never showed me how to make it happen. I’ve gotten out of debt and fallen back in several times. I want to get control of my money and stop busting my budget. How do I keep from falling back again?

It sounds like you’ve taken a serious look at your situation, and you’re  smart enough to know it’s not working and you want to do things differently. Well, this is a great time of the year for changes!

Years ago when I crashed and burned financially there were a few strong emotions that spurred me towards change. One of those was disgust. I realized that what I was doing was stupid, and that I was tired of living that way. I made a conscious, proactive decision that things were going to be different.

The second emotion was fear. I was scared to death that I’d be broke for the rest of my life. I don’t think you should ever live your life in fear, but a reasonable, healthy level of fear can be a terrific motivator.

The third thing was contentment. Marketers try to sell us on the idea that we’ll be happier if we just go out and buy things. When we have this stuff crammed down our throats all day long, rapid-fire, it can affect our level and perception of contentment.

One of the practical things I did was to stop going places where I was tempted to spend money. When you have to go out, make a list of only the things you need and take just enough cash with you to make the purchase. Spending money on a bunch of stuff you don’t need, and probably don’t really want, isn’t going to bring you contentment.