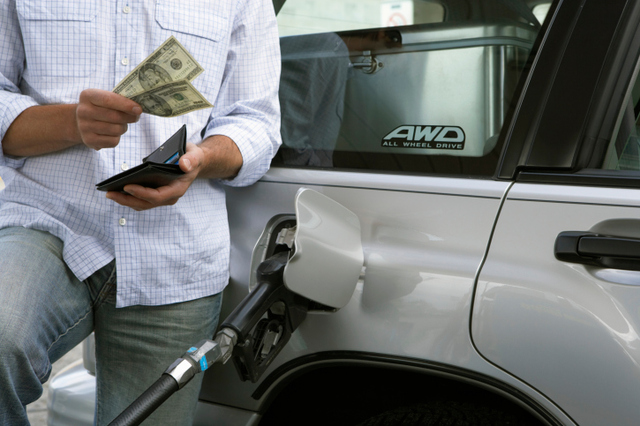 Is it a good idea to sell your car in order to get one that gets better gas mileage?

Only if the other car is really cheap, or cheaper than the one you’re selling. I think it’s funny when people run out and upgrade on their $7,000 car to buy a $30,000 Prius to save gas. Think about it. That’s an extra expenditure of $23,000 to save gas. Where are you planning on driving, to the moon?

Actually saving money is a much better plan than some of the ideas people dream up in the name of saving money. When it comes to things like this, you need to sit down and do the math. Crunch some hard, cold figures and see what happens. “Well, if we got this kind of gas mileage, instead of what we’re getting now, how much money would we save?” But if you spend $5,000 more to save $50 it will take forever to get back the money you’ve already spent.

Getting better gas mileage is good thing, but I wouldn’t recommend spending any more than the value of the car you’re currently driving to make it happen. Moving down in car but up in mileage is a great plan. If you do that, you’ll really start making headway with your money.

This kind of scenario is a simple math thing, Trey. The problem is lots of times people’s emotions get caught up in stuff, and next thing you know they think they have a real reason to buy an expensive, new piece of automotive technology. I call that car fever, and it’ll wreck your finances in a hurry!