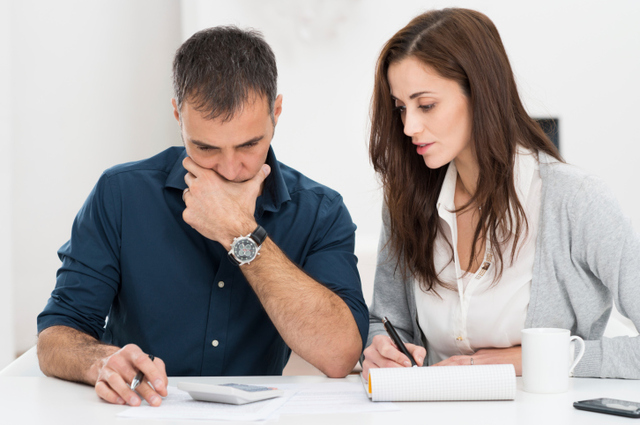 Dave Says: Can You Inherit Debt?

My in-laws have lots of debt. In fact, they’re always joking that the debt they’ll leave us is more than the inheritance. How will this affect my wife and family if they die with all their debt still in place?

You do not inherit debt. Either your in-laws are misinformed, or it’s just a bad joke on their part. Now, if you were foolish enough to co-sign on a loan with them, then you’d be liable for the remainder of that loan. But if they ran up $100,000 in credit card debt on their own before they died, then the credit card companies just don’t get paid. It wouldn’t cost you a dime, except that you might get no inheritance from them, because what they left behind would be sold to pay off as many creditors as possible.

Here’s an even bigger example. Let’s say they owned a home, and they’re behind on the mortgage or upside down on the house—meaning that they owed more on it than it’s worth. You can just hand it back to the mortgage company. You’re not legally or morally obligated to accept the house and the situation surrounding it because it was left to you in a will. Just because it’s family doesn’t make it jump over onto your plate!

Let me say it again, Matthew. You don’t inherit debt. Don’t let creditors, or anyone else, tell you differently.

* Dave Ramsey is America’s trusted voice on money and business. He’s authored four New York Times best-selling books: Financial Peace, More Than Enough, The Total Money Makeover and EntreLeadership. His newest book, written with his daughter Rachel Cruze, is titled Smart Money Smart Kids. It will be released April 22nd. The Dave Ramsey Show is heard by more than 6 million listeners each week on more than 500 radio stations. Follow Dave on Twitter at @DaveRamsey and on the web at daveramsey.com.