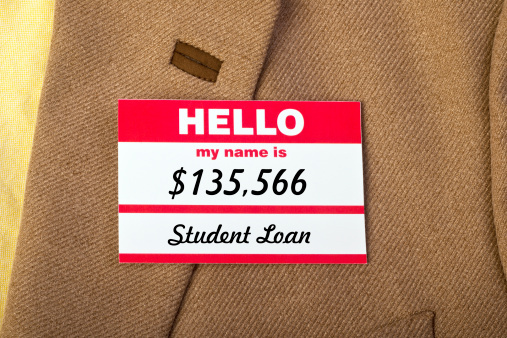 Dave Says: How Should You Teach Your Kids about Student Loans?

My daughter is a freshman in college, but I didn’t save for her education. My parents said it was my job to pay for my college, and that’s what I’ve told her. She’s going to have about $12,000 in student loan debt after her first year, but how do I talk to her about not ending up with $50,000 in debt when she’s through?

If you want her to pay for college, then, as her dad, you have to coach her on how she’s supposed to come up with the money and manage it properly. She’s already behind the eight ball because it sounds like you didn’t teach her the correlation between work and money earlier. So, you’re going to have to get real busy, real fast unless you want her to be drowning in debt when she graduates.

I think you owe her a leg up at this point. Twelve thousand dollars doesn’t just magically appear in an 18-year-old’s hands. I’m perfectly okay with kids working through college and parents cracking the whip when it comes to acting responsibly. But if you expect them to pay for it, you first have to show them how to do that. Otherwise, they’re going to hit the default button and wind up $50,000 in debt when they graduate. That’s a really bad plan!

If you have some money, I think you should help her along while teaching her how to make money, save and budget. Then, maybe she’ll be prepared to pay for her last couple of years with some good, hard work!