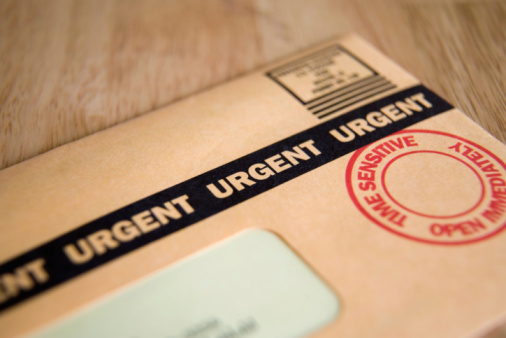 Dave Says: How to Deal with Debt Collectors

We had our first child a few months ago, and some of the bills have gone to collections. We’ve paid what we could, but we each make only about $15,000 a year. Now, we’re getting calls and letters from collectors wanting our checking account information and electronic access. When we won’t give it to them, they accuse us of not following the terms and conditions of the agreements. They say we’ll be penalized if we don’t comply. What should we do?

You’re doing the right thing by not giving them your account information and electronic access. The stuff they’re saying is just collector talk, and they’re full of crap. The next time you talk to one of them, just let them know you have every intention of paying what’s owed. But the bill is going to be paid by you. There’s nothing in an agreement like that which gives them the right to your account numbers or electronic access. These people can stop lying and act right, or they can go jump in the lake.

The biggest issue here is your income. If I’m your husband, I’m going to find an extra job delivering pizzas a few nights a week for the time being. He could make an additional $1,000 a month for the next 10 months, and that problem would be solved. Instead of working 40 to 45 hours a week, try working 60 to 80 for just a little while.

Still, you both need to examine your career track for the future. Look into different types of training and education with the attitude of doubling or even tripling your income in the next five years. I want you both to develop long-term plans to increase your income, and a short-term plan to get out from under this debt in a hurry. That’s the kind of thinking that will get rid of collectors faster than anything else. They’re just a symptom of the bigger problem.