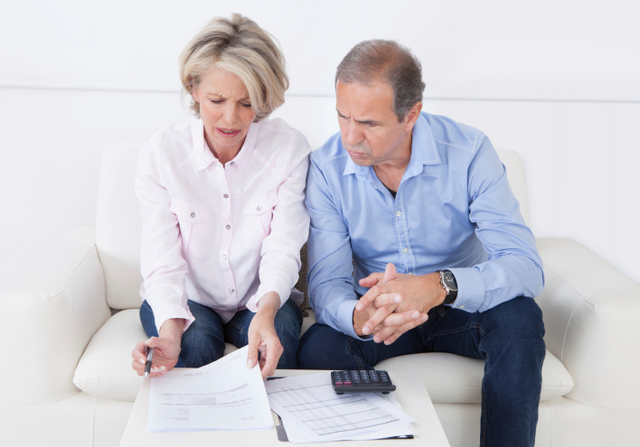 Dave Says: How to Manage Stock

My wife started working at a pharmaceutical company that gave her a few thousand dollars’ worth of stock. In the last year that stock has doubled in value. We’ve considered buying more just to see how it does. What do you think about this?

I understand why you guys would be excited, but you’re still looking at a very risky proposition. Any stock that doubles its value in just one year is highly volatile. It’s very unusual when things like that happen, and the fact is, it could go down in value just a quickly.

I think you should be completely debt-free, except for your house, and have an emergency fund of three to six months of expenses in place before you start any outside investing. You should also make sure that 15 percent of your income is already going toward retirement.

I don’t mind you dabbling a little bit as long as all the other stuff is taken care of first. But I’d advise you to never put more than 10 percent of your nest egg into single stocks. If you’ve got $50,000 in a 401(k) right now, limit yourself to $5,000 in this area. That way, if the stock tanks and you lose it all, it’s only a small blip on the radar. You’ll still be financially intact and able to retire with dignity.

It would be fantastic if this stock went through the roof and you two made a ton of money. That would be awesome! But make sure you limit the potential for damage by limiting your exposure. Don’t risk the family farm, as they say, to make this play.

*Dave Ramsey is America’s trusted voice on money and business. He’s authored four New York Times best-selling books: Financial Peace, More Than Enough, The Total Money Makeover and EntreLeadership. His newest book, written with his daughter Rachel Cruze, is titled Smart Money Smart Kids. It will be released April 22nd. The Dave Ramsey Show is heard by more than 6 million listeners each week on more than 500 radio stations. Follow Dave on Twitter at @DaveRamsey and on the web at daveramsey.com.