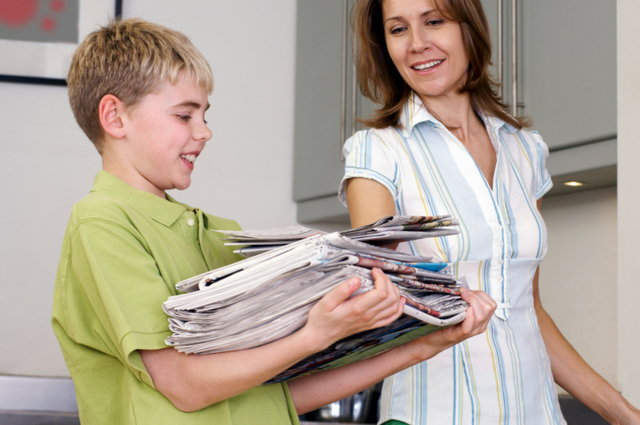 Dave Says: Should You Pay Your Kids for Chores?

Should families who are struggling to pay off debt still give their kids commissions for doing chores?

Yes, but it doesn’t have to be a lot of money. Kids seldom get paid an amount that is equal to what the chore is worth. To be perfectly honest, the chores most kids do—especially the little ones—aren’t worth that much. I wouldn’t pay a kid five dollars a day, or even per week, to feed the dog. I mean, it takes less than 30 seconds to scoop the food into the bowl!

When it comes to paying kids commissions for chores, the biggest thing we’re trying to do is find teachable moments. We want the kids to learn that money is tied to work. Then, when they have some money, we want to teach them about the three uses for money—spending, saving and giving.

Teaching them wise ways to do those three things while you’re teaching them to work is the key. And you can do that for a small amount of money.

* Dave Ramsey is America’s trusted voice on money and business. He’s authored four New York Times best-selling books: Financial Peace, More Than Enough, The Total Money Makeoverand EntreLeadership. The Dave Ramsey Show is heard by more than 6 million listeners each week on more than 500 radio stations. Follow Dave on Twitter at @DaveRamsey and on the web at daveramsey.com.