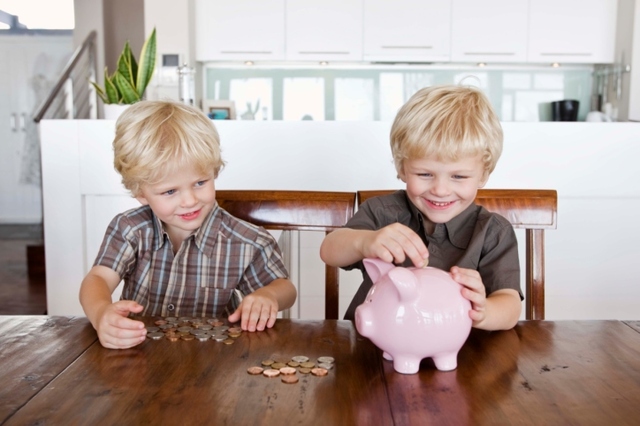 My 6-year old son has saved up $400. He said he wants to buy a motorcycle with it someday, but he recently changed his mind and wants to buy a computer tablet. Is it okay for him to change his mind like this, and how should I handle things?

I’m not really concerned whether it’s a motorcycle or a tablet, especially if he’s saved his own money. I think the big thing we’re looking for in all this is a teachable moment.

Certainly regret is a concern, especially with a kid so young. But the reality is that neither the decision nor the possible regret afterward will ruin his life. If you talk to him and try to advise him beforehand, and he gets upset later because he feels like he made the wrong choice, it gives you the opportunity to step in and gently say, “I’m sorry you think you made a bad choice, but that’s why I wanted you to really think about it first. You had a chance to listen to mom’s wisdom and didn’t. I’m sorry you feel sad now, but I want you to remember it and learn something from this bad decision.” It’s a process of controlled pain and natural consequences.

One of my daughters did something similar years ago when we went to an amusement park. All the kids had a set amount of money for the day, and we warned them not to spend it too soon. She turned around and blew all her money on carnival games, then she spent the rest of the day whining while her brother and sister rode the rides and had lots of fun. We didn’t give her any more money, but a controlled amount of pain taught her some valuable lessons that day. She learned to listen to her mom and dad, she learned that carnival games are a rip-off, and she learned to control herself a little bit and think things through.

Allowing kids the emotional dignity of making some decisions for themselves is vitally important. You just have to make sure this liberty is supervised and comes with parental warnings and protections. Just because they saved the money doesn’t mean they can do whatever they want. It still has to be used in a way that you, as a parent, are comfortable with and deem appropriate.

There will be some natural tension in the process, but it’s a great way to teach kids about money, decision making, maturity and life choices!

*Dave Ramsey is America’s trusted voice on money and business. He’s authored four New York Times best-selling books: Financial Peace, More Than Enough, The Total Money Makeover and EntreLeadership. His newest book, written with his daughter Rachel Cruze, is titled Smart Money Smart Kids. It will be released April 22nd. The Dave Ramsey Show is heard by more than 6 million listeners each week on more than 500 radio stations. Follow Dave on Twitter at @DaveRamsey and on the web at daveramsey.com.