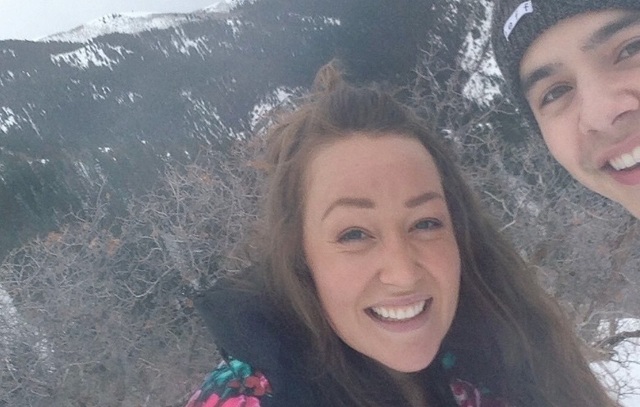 "I wanted to have a project where I could just be who I am,” David Archuleta said on Idol Chatter about his recent music. “This time, instead of being so caught up in trying to be the big shot, the hit master, the most popular artist out there, it’s about being myself.”

One of the songs featured on his latest album Postcards in the Sky has a touching and beautiful backstory. Archuleta began writing the song "I'm Ready" before he left on his mission to Chile. But something wasn't quite right, and Archuleta kept running into trouble figuring out how to finish the song. That's when he asked for feedback from a good friend, Annie Schmidt.

Though Schmidt helped Archuleta think through concepts and ideas for the song, she passed away before hearing the finished product. Schmidt went missing last year after she went hiking alone in Oregon. Her body was later recovered at the bottom of a cliff.

But it is still Schmidt's voice you hear at the end of "I'm Ready."

“I had a recording of her as she was helping me go through ideas, and that’s who you hear at the end of the song,” Archuleta says. “I felt like this was the best way I could pay tribute to her and keep her legacy moving forward.”

After Annie Schmidt's passing, her brother Spencer had a similar experience of hearing and sharing Annie's voice even after she was gone. The two had been working on a song together, and Spencer writes:

"Before my sister Annie left on her LDS mission a few years ago, we wrote a song together about her leaving. Life happened and we never got around to finishing it. Months before she passed, we fell back in love with the song and were working towards finishing it . . .

"Perhaps because the whole experience was so surreal, I never cried during the past two weeks... until I listened to this song. I sat in my basement and just wept because the words weren't just sending her off to Georgia for a year and a half but they were now sending her off to the next life. The timing of the song for me was a powerful witness to me that God lives and that he wanted to give my family and I a gift that we could cherish for the rest of our mortal lives. It is not yet finished but I wanted to share with everyone a 30-second clip of it, in the hope that anyone (especially those who have lost a loved one) could draw strength from its message."