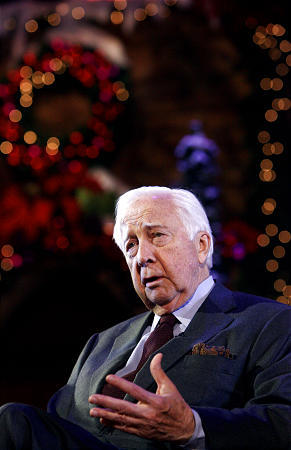 Historian and author David McCullough was a boy of 8, growing up in Pittsburgh, when Pearl Harbor was bombed and the United States entered World War II.

In 1942, he became a Junior Commando, and went door-to-door with his wagon to collect scrap iron. "We had air-raid drills; my father listened to the radio every night. It was very real."

The Pittsburgh steel mills were going full blast, day and night, lighting up the sky, as they increased output of steel for the war effort. "We would look at that red light at night, and it meant we were doing our part to help win the war."