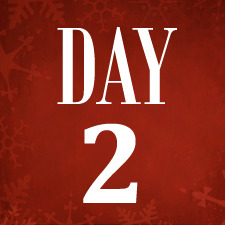 Christmas traditions sometimes feel like an obligation to the past rather than the fun, family activity they were intended to be when started. (I've been getting pajamas every Christmas since I can remember and I'm pretty sure if I try to stuff one more pair of p.j.'s in my drawer it will burst. You only need one or two pairs, right?)

So this season be done with your old, unwanted traditions and try a new one!


Try a traditional recipe from around the world

When most of us think of Christmastime, visions of hams, rolls, cakes, pies, and other goodies dance in our heads. And while many Christmas traditions take place outside the dining room, the festivities almost always revolve around food. We’ve found this to be the case no matter where you live, so take a moment to share in holiday traditions and favorite recipes from Church members around the world.

Emulate One of the Nativity Characters

In the new book A Christ-Centered Christmas, Emily Freeman discusses seven characters from the nativity and gives ideas related to each of them that can help us draw closer to the Savior. One of these "characters" is the joint persona of the three wise men. Here is what she says about one tradition her family has enjoyed over the years:

"Inspired by the knowledge that the Christ child received just three gifts, one brilliant mother decided to simplify her Christmas giving. She began by researching the meaning behind the three gifts. Gold was a gift for a king, celebrating the baby's royalty. Myrrh, a common incense used for cleaning and for burial, was given in remembrance of His humanity and foreshadowed the importance of His death. Frankincense, and incense used in the temple, represented His divinity. After studying at great length, this mother decided her gift giving would follow this same pattern.

"Already on my quest to fill Christmas with Christ, here was a way to simplify and bring meaning to our gift giving. It is a tradition that continues in our home today. On Christmas morning each of my children receives a gift from Santa, and then three other gifts inspired from the gifts of the Magi--one that is joyful, one that is needful, and one that is meaningful. This gift-giving idea has simplified our Christmas mornings and allowed us to really focus on what we are giving, and why."

Freeman gives several ideas of other ways your family can, like the Wise Men following the star, be led closer to Christ. They include:

To read more about this idea and about Freeman's other six traditions, check out A Christ-Centered Christmas, available at Deseret Book.

Traditions with a twist

If you’re tired of the same old trip to the mall to see Santa, try some of these traditions that other LDS Living readers have incorporated into their Christmas celebrations. Whether it’s putting a new twist on an old tradition or creating a brand-new family holiday, you’re sure to find some inspiration from these great ideas.


Learn how to say "Santa Claus" in another language

Santa Claus is known by many names--like St. Nicholas and Father Christmas--but some seem a bit stranger. Kris Kringle? Where did that one come from? Kris Kringle was the lead character in Miracle on 34th Street, but the name probably originates from Christkindl, or Christkind, the Austrian and Bavarian Christmas gift-bringer modeled after the baby Jesus. Here are some other pseudonyms Santa uses across the world:

Think your family is nuts? Readers share their wackiest family holiday traditions, like dancing the funky chicken, a midnight meal at Denny's, and decorating a pineapple as a Christmas tree.

To read the full article from Parenting.com, click here.

What unique Christmas tradition does your family celebrate? Do you have a tradition you wish you could do away with but your family just won’t let go?