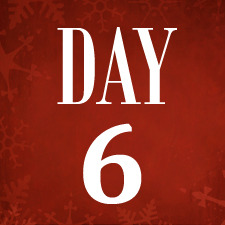 Day 6: All About Christmas Food

There are some foods that are only served during the holidays, and if you’re like me, you dream all year of the December day when you get to eat honey-glazed ham, candy canes, and chocolate oranges. A lot of Christmas traditions revolve around food, and why not? It’s delicious!

This paragon of Christmas confectionary gift giving has been around since the Middle Ages, although the tradition of making cakes that included dried fruits, honey, and nuts started in ancient times. Its longevity may be attributed to the fact that the food famously seems to never get eaten but never go bad, so it is impossible to get rid of. In 18th century Europe, fruitcakes were made using nuts from that year’s harvest, then saved for good luck until they were eaten at the next harvest. Russell Baker’s New York Times article “Fruitcake is Forever” shows just how long the confection can cling to life:

"Thirty-four years ago, I inherited the family fruitcake. Fruitcake is the only food durable enough to become a family heirloom. It had been in my grandmother's possession since 1880, and she passed it to a niece in 1933. Surprisingly, the niece, who had always seemed to detest me, left it to me in her will....I would have renounced my inheritance except for the sentiment of the thing, for the family fruitcake was the symbol of our family's roots. When my grandmother inherited it, it was already 86 years old, having been baked by her great-grandfather in 1794 as a Christmas gift for President George Washington. Washington, with his high-flown view of ethical standards for Government workers, sent it back with thanks, explaining that he thought it unseemly for Presidents to accept gifts weighing more than 80 pounds, even though they were only eight inches in diameter...There is no doubt...about the fruitcake's great age. Sawing into it six Christmasses ago, I came across a fragment of a 1794 newspaper with an account of the lynching of a real-estate speculator in New York City."

Christmas stories show us that food can be full of meaning and bring warmth to our hearts as well as comfort to our stomachs. Cozy up with these books for a great read:

The Legend of the Candy Cane, written by Lori Walburg and illustrated by James Bernardin.

For instructions to the grandest gingerbread house you will ever make, click here.


Foods from the First Christmas

Ever wonder what the foods were eaten at the time of Christ’s birth? Malvina C. Kinard and Janet Crisler, in their book Loaves and Fishes: Foods from Bible Times, suggest these menus might have been similar to what Jesus’s first admirers ate.


Give the Gift of Food

Tired of giving and receiving the same old fudge for Christmas each year? Click here to see a list of 20 delicious food gift ideas, complete with recipes and mouth-watering photos, to take your Christmas to a whole new level.