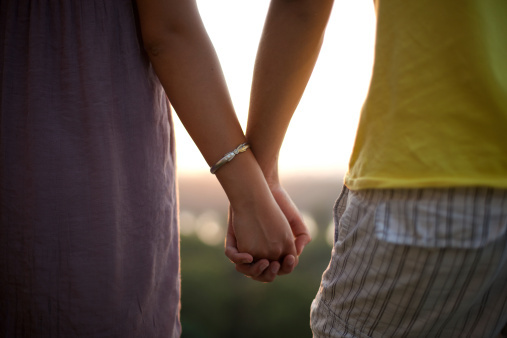 Dealing with Religious Differences in Marriage

Sandra and Steve are a loving Latter-day Saint couple with an ongoing disagreement about Sabbath activities. Sandra likes to listen to sacred music and work on family history projects after church. Steve spends time with their teenage sons, watching football or shooting hoops in the driveway. Sandra resents Steve for making sports part of their family’s Sabbath routine. Steve feels Sandra is paying attention to dead relatives at the expense of living ones.

This couple’s experience isn’t uncommon. Even the most like-minded, temple-worthy LDS couples can differ widely in how they live their religion. When one partner is an active Latter-day Saint and the other is not, differences may become even sharper.

Most couples enter marriage with some conflicting religious opinions, but partners may not be fully aware of their differences at the outset. “People minimize differences and maximize their similarities during the falling-in-love phase,” explains Marybeth Raynes, MS, MSW, a licensed clinical social worker and marriage and family therapist with a private practice in Salt Lake City, Utah.

This process may reverse itself after the honeymoon phase, says Raynes, at which time true differences come to light. Couples who exhibited their best behavior during courtship (including religious devotion) may not sustain it afterward. Those who knew about their differences from the beginning may discover unanticipated challenges or tire of accommodating the other’s beliefs. And in every marriage, people change over time.

How seriously can religious differences affect a marriage? “Actually, quite seriously,” says Raynes. “People sometimes don’t think it’s going to be a big deal, but eventually it becomes a big deal, especially when they have children.” She says parenting, tithing, and the Word of Wisdom are the biggest areas of disagreement she sees. Couples may also find themselves at odds over church attendance, Sunday activities, time spent on callings, wearing temple garments, and values-based decisions about friendships, family relations, financial planning, entertainment, and even civic involvement.

Daily religious devotions can also suffer when not valued by both members of a couple, says Nancy E. Gould, MA, MEd, a marriage and family clinical counselor in Chardon, Ohio. “It’s a real bonding thing to pray together, have family home evening, or share spiritual experiences. Some spiritual things are hard to put into words: you have to feel them together.” When spouses can’t share these tender moments, their own attention to them may dwindle, or they may feel emotional distance growing in their relationship.

The good news is that couples who have sincere religious differences can often find ways to work them out. Raynes and Gould offer eight proven strategies.

1. “Become confident in who you are,” says Gould. Decide on your religious values and practices and live them as fully as possible. “If you are still struggling and deliberating every Sunday about whether you’re going to go to church, you’re spending a lot of energy on just that weekly decision. But if it’s just part of who you are, it’s not a struggle. It’s not a negotiating point in the relationship, either. It’s like,

It may take a while to become this confident. “I’ve gone through developmental stages in my membership in the Church when there was a lot more leeway with, say, Sabbath observance,” says Gould. “We grow in what’s important to us.” Those still reaching for confidence can enlist a spouse’s support, even if the spouse isn’t reaching for the same goal. Just as one partner may train for a marathon, the spouse can cheerlead the effort without donning his or her own running shoes.

2. Respect your spouse by extending the same kind of support. You can encourage a spouse in his salvation, but you can’t hound him because that would be detrimental, says Gould. “Allow spouses to be where they are while encouraging them to be the best they can be. Progress in the Church changes as we mature and grow, and so does commitment to the different rules and practices and doctrines.” But each spouse gets to determine his or her own areas of growth and progress. To share gospel principles and testimony with a spouse is a natural desire; the key is to maintain a respectful dialogue and not force unwanted gospel conversations.

3. Learn to work out all differences productively, not just religious ones. “Whatever the conflicts are around faith, couples will address them the same ways they address other conflicts,” Raynes says. Couples navigate differences successfully when they are “really good friends with a sense of fairness and equality. This motivates them to find ways around differences—practical strategies that don’t try to change their partners.”

4. Collaborate. Once couples respect and trust each other, they can move past power struggles and even compromises. Instead, a couple can brainstorm creative solutions. Collaboration puts both people on the same side of the conflict: they work toward a common goal. Raynes advises drawing on shared core values, “even if they have a different spiritual flavor to them,” and using problem-solving strategies that have worked for them under other circumstances.

When there seems to be no middle ground, loving spouses sometimes learn to recognize when the other person’s need is much stronger than their own. Gould and Raynes emphasize the need for both partners to have a generous spirit, express sincere appreciation when a partner bends, and be willing to give and take.

5. Don’t overcompensate. An active LDS woman for many years felt the need to “cover for” or justify her husband’s lackluster attention to his callings. She found herself offering excuses for him and quietly trying to fulfill his responsibilities as well as her own. It was exhausting to her. Meanwhile, he felt like she was trying to manipulate him into doing things he didn’t want to do.

6. Parent as a respectful pair. “Parenting is, quite frankly, the biggest issue” facing couples with differing religious beliefs, says Raynes. “Even if ahead of time they agree to raise kids in one faith, when you get to that point, there are a lot of issues. What do we tell our kids doctrinally? What behaviors do we model?” Should a child be blessed, baptized, ordained, and serve a mission? What are rules for entertainment, dress and grooming, dating, and seminary attendance?

Again, mutual respect and problem-solving strategies are the answer, says Raynes. She tells of an active Latter-day Saint mother who took their children to church. Afterward, her less-active husband would question and sometimes debate with them about what they had learned. “It wasn’t sarcastic: he just wanted them to have a reflective faith, to think it through,” she says. “The parents had a friendship and way of parenting where they respected differences” and trusted each other not to undermine their beliefs.

She warns against developing “good cop–bad cop” parenting habits, in which one always sets limits and the other gives lots of freedom. Instead, “Parents can be co-captains and the kids can have a voice, too. In family councils you can develop a dialogue and a limited democracy where you start to work out differences. By the time they get to dating, there will have been an ongoing discussion and experience with coming up with solutions.”

Doctrinal issues can be tricky. “Don’t debate it or use the conflict to pull the child one way or another,” advises Raynes. Instead, be willing to say that Mom and Dad believe differently. “Both partners should talk respectfully about the other one’s beliefs. Kids will learn to think complexly and seek their own answers” when they are encouraged to do so.

7. Work through loss together. When a partner loses a testimony, both spouses experience a unique kind of pain. “There is a grief process, the feeling that a dream has been lost,” describes Raynes. “It can feel like ‘I didn’t sign up for this.’ But eventually a loving LDS spouse—though he or she still continues to pray their beloved will return to full faith—may need to ask a disaffected partner, ‘How can I help you still have a sense of purpose, even though I’m grieving and it scares me?’” Looking past personal feelings to comfort a spouse builds emotional bridges over this chasm.

8. Marry yourself to an eternal perspective. Above all, Gould counsels patient optimism for Latter-day Saints who experience religious disharmony in their marriages. The Church “is not in the business of breaking up families,” she says. Though it’s a huge challenge, “some negotiating can be done. You can accept differences and figure out what you can live with without losing your own beliefs.”