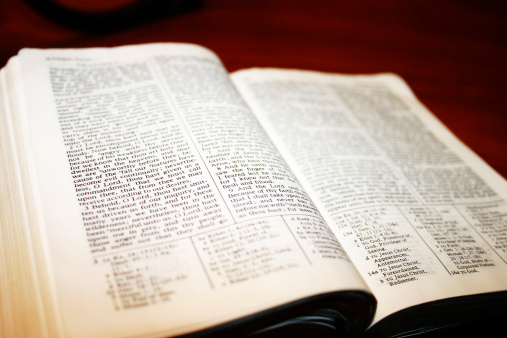 Debunking 5 Myths about The Book of Mormon

The coming forth of The Book of Mormon and the stories contained within it are incredible—incredible and complex.  As a result, many members of other faiths have generated misconceptions about The Book of Mormon and LDS beliefs regarding it.  Here are some common myths and truths surrounding this sacred record that you can share with your non-member neighbors and friends.

Myth #1—Mormons don’t believe in the Bible; they have their own book.

Yes, Mormons have our own set of unique scriptures.  In fact, we not only have The Book of Mormon, we have the Doctrine and Covenants (a book of revelations given to the Prophet Joseph Smith and succeeding prophets), words from modern day prophets, and the Pearl of Great Price (selections of both ancient and modern materials that touch on significant doctrines, many unique to our faith).

But, believing in these other sacred records does not take away from our belief and reverence for the Bible.  Additional LDS scriptures support, add upon, and—in many instances—clarify ambiguous doctrines found in the Bible.

But, don’t Mormons have their own translation of the Bible?

While we fully believe that the Bible contains divine revelation from God, we also understand that it was recorded and later translated by men who make mistakes.  As a result, the Prophet Joseph Smith provided more accurate translations of key verses and chapters in the Bible.  So, though Mormons use the King James Version of the Bible, we have footnotes and appendixes that provide Joseph Smith’s translations.

Myth #2—Joseph Smith or Mormon wrote The Book of Mormon

The Book of Mormon was not written by one man.  It contains accounts from four sets of records written by many of God’s ancient prophets living from about 2200 years BC to 450 years AD.  The prophet Mormon compiled most of these records, a work his son, Moroni, completed.  Joseph Smith then later translated this ancient scripture under the power and direction of God.

For more in depth information about how Joseph Smith translated The Book of Mormon, visit lds.org.

Yes his name is on our book.  But no, we do not worship Mormon.  While we revere and respect God’s prophets, we do not believe in worshiping any man.  We worship only our Heavenly Father and His Son, Jesus Christ, a fact attested to by the full name of this scripture—The Book of Mormon: Another Testament of Jesus Christ.

The Book of Mormon received its name because Mormon compiled and abridged the majority of the book from the records of ancient prophets.

The Church publishes topic pages on lds.org that directly address many of the more difficult to answer questions about The Book of Mormon using scholarly research and historical facts.  This is a great resource to check whenever you find yourself faced with a challenging topic.  Here's what I learned about the language of The Book of Mormon:

But why would the descendants of Jews write their sacred record in Egyptian if they were Jewish descendants?

Some scholars have cited Mormon's statement that The Book of Mormon was written "in the characters which are called among us the reformed Egyptian" as a proof of inconsistencies within The Book of Mormon (Mormon 9:32).  But, when examined more closely, this statement entirely corresponds with historical accounts.

Many sacred Jewish records have been recorded in languages other than Hebrew, including significant portions of the Bible.  The Jews were familiar with Egyptian culture and learning, having lived and endured centuries of enslavement in Egypt.  Because of the labor-intensive work of engraving, finding, and making materials on which to record these accounts, it makes sense that ancient prophets would use modified Eqyptian characters to record The Book of Mormon since ancient Egyptian script is much more condensed than Hebrew.  Scholars have recently discovered several additional ancient records written in precisely this fashion ("Mounting Evidence for the Book of Mormon").

Many have attacked The Book of Mormon's authenticity based on the fact that much of the Native American DNA examined up to this point closely resembles that of eastern Asian populations.  They claim this supports the theory that Native Americans migrated over a land bridge connecting Siberia and Alaska and disproves The Book of Mormon account that some Native American ancestors crossed over the Atlantic to America.  These critics use a small amount of data to make generalizations about a large group of culturally diverse people spread across two continents.

The Book of Mormon does not contradict the land bridge migration theory. The Book of Mormon never claims that the people it describes were either the only or even the predominant inhabitants of America.  In fact, "clues in its text hint at the presence of other groups" ("Book of Mormon and DNA Studies").  The Book of Mormon only provides an account of one group among many throughout history who have discovered and migrated to the American continents.

Check out "Book of Mormon and DNA Studies" from lds.org for more details on how population genetics relate to The Book of Mormon.