With 224-mile-per-hour winds, flooding, and at least 21 people killed, Cyclone Winston has been characterized as the most powerful tropical storm ever recorded in the Southern Hemisphere, according to KSL.

This category 5 tropical hurricane disrupted cultural celebrations held on February 20, 2016, for the Church's newly renovated Suva Fiji Temple. Aware of the approaching storm, Church leaders decided to move the celebration from on open-air stadium in Suva to the enclosed Vodafone Arena nearby. But, as the storm intensified, government leaders asked citizens to be off the roads by 5 p.m., forcing the celebration to be cut short.

About the storm, President Henry B. Eyring said he asked the Lord whether he should change the scheduled plans, receiving an answer of "No" along with a feeling of peace. “I got the feeling, ‘Go forward. Don’t be afraid,’” President Eyring said, according to LDS Church News. “The Lord is in charge.” 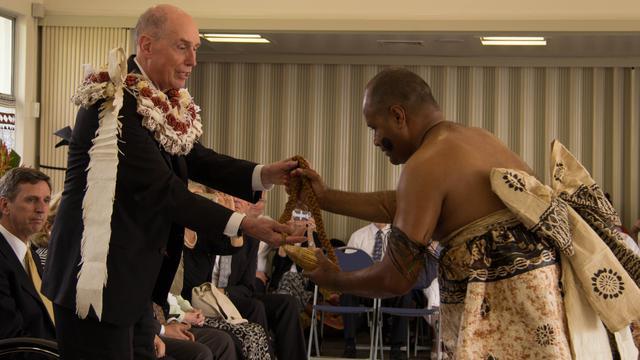 Image from Mormon Newsroom of President Eyring being honored with a traditional Fijian welcoming ceremony.

Despite having the cut the program short, the evening provided 1,300 youth with the opportunity to hear from President Eyring and other inspired servants of the Lord. 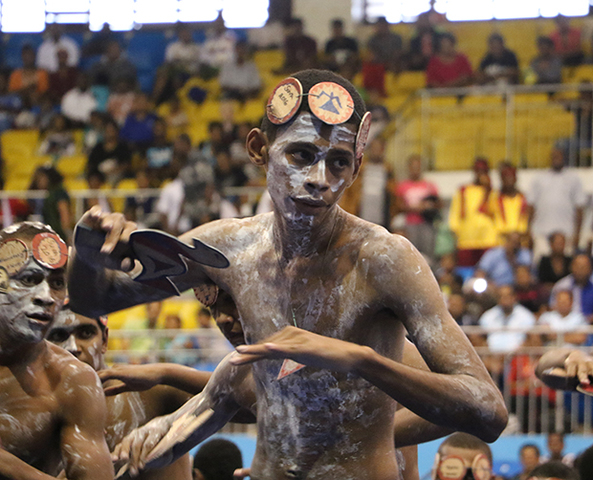 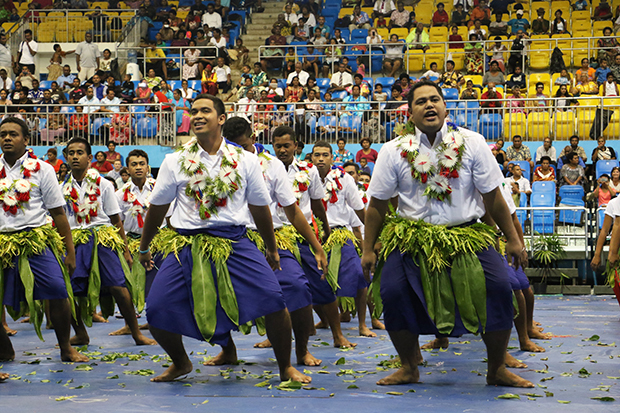 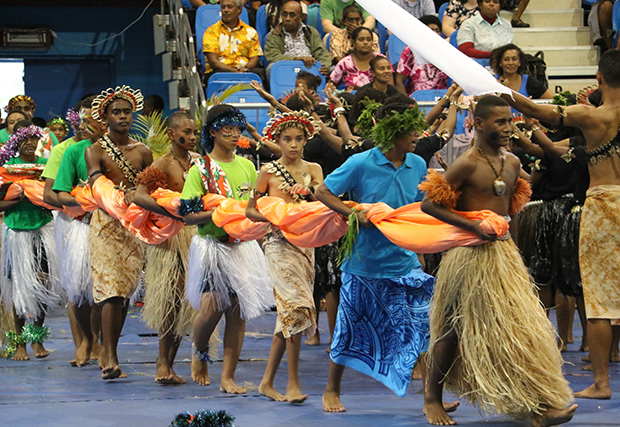 In spite of the cyclone, the damaged streets, and the debris-littered roads, Latter-day Saints arrived safely the next morning to attend the Suva Fiji Temple rededication. 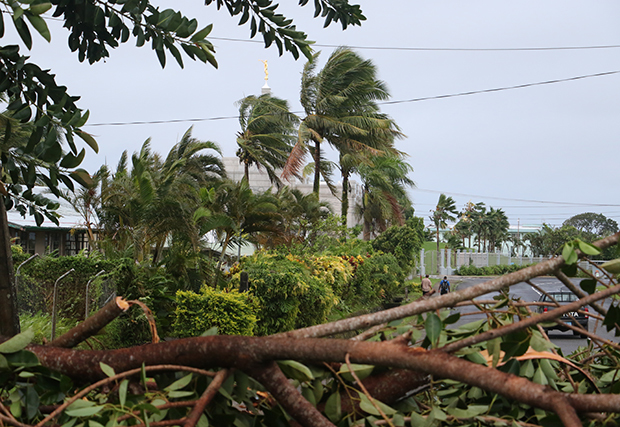 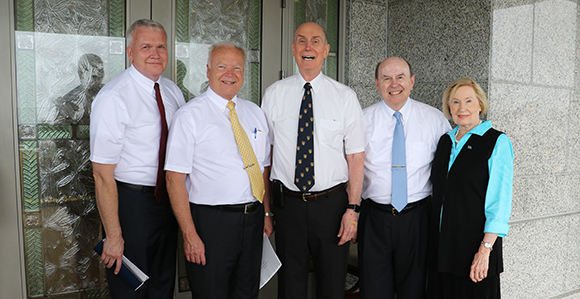 Image from LDS Church News of Brook P. Hales, secretary to the First Presidency; Elder Kent F. Richards, a General Authority Seventy and executive director of the Temple Department; President Henry B. Eyring, First Counselor in the First Presidency; and Elder Quentin L. Cook of the Quorum of the Twelve Apostles and his wife, Sister Mary Cook, stand outside the Suva Fiji Temple.  Photo by Sarah Jane Weaver.

Here are some videos of Cyclone Winston hitting the Suva Fiji Temple late on February 20, at the height of the storm:

"View of the LDS temple on Princess Road, Suva being hammered by the rain" Sent in by Gabby Leong.The worst should be over for Suva in the next few hours. Posted by NaDraki Weather on Saturday, February 20, 2016 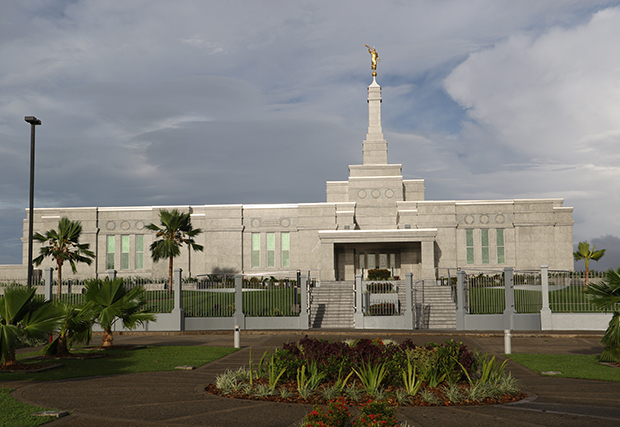 Image from LDS Church News of the Suva Fiji Temple the morning after Cyclone Winston.