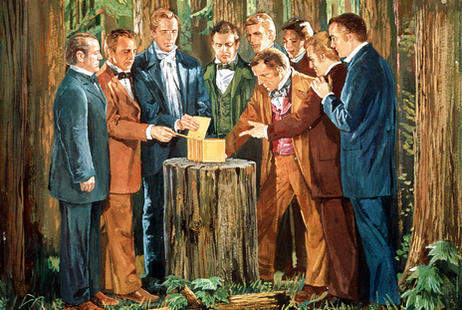 Defending the Faith: A simple explanation works best for the Restoration

We left off last week with the notion that the Book of Mormon was plagiarized from a manuscript written by Solomon Spalding, who had died in 1816. Sidney Rigdon, so the story goes, stole the work from Spalding's family and, for whatever reason, used it to set the young farmer Joseph Smith up as a prophet.

Though lacking any real historical support, this was the dominant non-Mormon theory of the origin of the Book of Mormon for more than a century. In recent decades, though, it's fallen on hard times.

It didn't help, probably, that, when Spalding's lost manuscript was found, it was also found to bear no significant resemblance to the Book of Mormon.