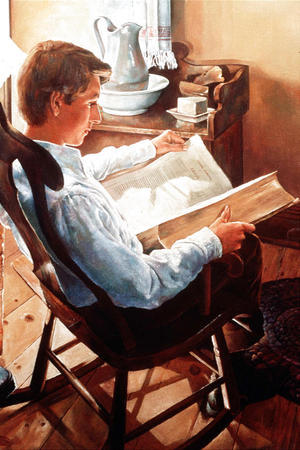 Defending the Faith: Joseph Smith was known as truthful

In January 1819, Joseph Smith Sr. and his eldest son, Alvin, initiated a lawsuit against Jeremiah Hurlbut, the eldest male member of a prominent founding family in Palmyra, N.Y.

As a byproduct of his work on the legal papers of Joseph Smith, lawyer and legal historian Jeffrey Walker analyzes the documents surviving from the suit in his article "Joseph Smith's Introduction to the Law: The 1819 Hurlbut Case," which appeared in the spring 2010 issue of "Mormon Historical Studies," a semiannual publication of the Mormon Historic Sites Foundation. The specific issues of the case — the sale of a pair of horses, wages for some farmhands, and some offsetting claims for grain and seeds — aren't especially gripping, but some of its implications are very important indeed.