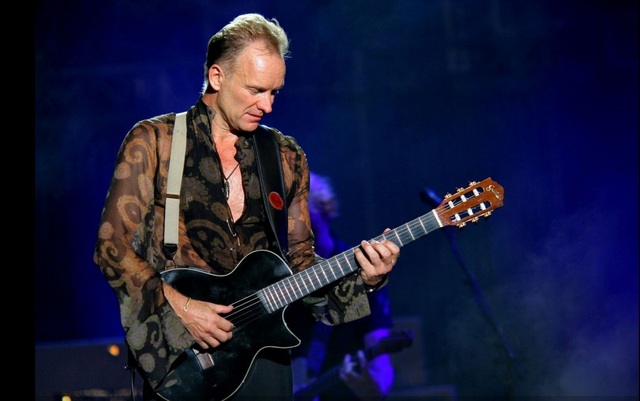 Did Sting Really Sing and Record "Book of Mormon Stories"?

Gordon Matthew Thomas Sumner, known by the stage name Sting, is a music artist with 16 Grammies, a Golden Globe, an Emmy, three Academy Awards, and over 100 million records sold. Plus, his name is in both the Rock and Roll and the Songwriters' Hall of Fame.

So, what is this rock legend doing singing the LDS Primary song "Book of Mormon Stories"?

Many of you might be asking yourself that same question if you've seen the posts and the video circulating social media:

However, it has come to light that, though very Sting-esque, the voice in the video is actually not Sting but an LDS artist who sounds very similar. It's unclear as to whether or not the artist was even aware the video was created.

And what's the name of this singer who has the Mormon social world in a tizzy all over his rockin' vocals? Brett Raymond. The song comes from his album, "Primarily for Grown-Ups," which shares Primary songs like you've never heard them before.

So no, Sting did not sing "Book of Mormon Stories" and post it to a relatively unknown YouTube channel. But hey, the song is amazing none the less!