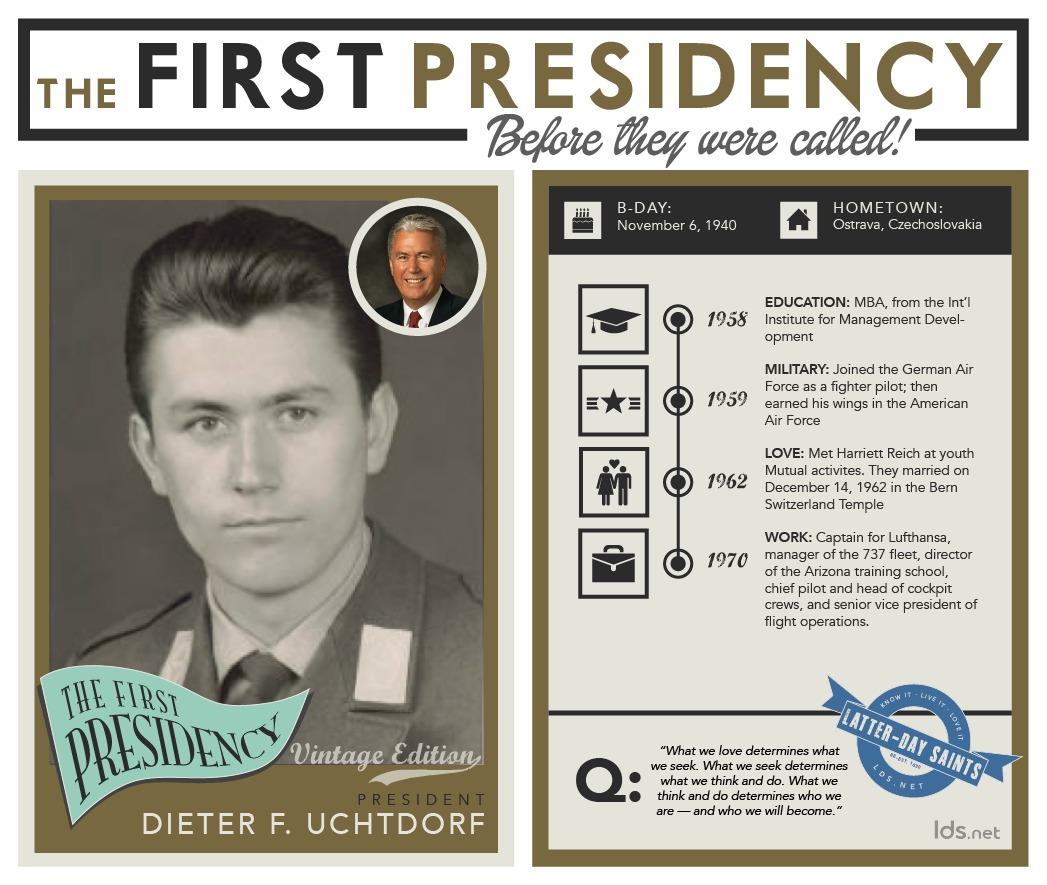 Dieter F. Uchtdorf Before He was an Apostle

Dieter F. Uchtdorf serves as the Second Counselor in the First Presidency of the Church of Jesus Christ of Latter-Day Saints. We all know President Uchtdorf has a cool accent and really, really likes airplanes, but did you know the stories of his family’s escapes from danger, their conversion, and the small miracles in his life? In this biography of Dieter F. Uchtdorf, read about the ordinary and extraordinary stories from his early years.

Dieter was born in Ostrava, Czechoslovakia and grew up in war-torn Europe. His father, Karl, was drafted into the German Army when Dieter was only four years old. This left Dieter’s mother, Hildegard, to raise and protect her four children in the midst of World War Two.