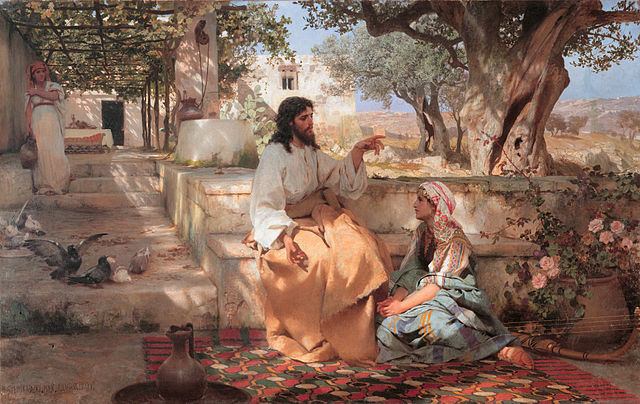 I think I’m a rather typical human. I don’t like change.

Some years ago, my wife and I lived in the San Francisco Bay Area. We couldn’t afford the astronomical housing prices. Not intending to devise an ingenious plan for surviving without housing that we owned or rented, we stumbled upon the opportunity to house-sit during our years in the Bay Area. Every three to six weeks we moved into a different house. In less than 30 months we have lived in something like 25 different homes in nearly a dozen different cities from Mountain View to Palo Alto and Belmont to San Carlos and everything in between. The majority of our personal belongings were packed away into storage. We only carried with us what we could pack into two small cars. All that became more complicated when we adopted our first child (while we were essentially homeless) and the belongings we had to transport multiplied by two. I’m still not sure how the math on that one works out.

Sure, we learned a lot about housing architectural styles, interior decorating schemes, and the vibe of various neighborhoods and cities. But by the time we figured out where all the light switches were in each house, how long to wait for the hot water, where to avoid the cracks on the sidewalk, and how to navigate in the dark in someone else’s home, we were off to our next adventure.

Scientists tell us that new experiences and challenges are deeply important for our brain health. When we get locked into patterns and sameness, our brain starts to delete neuronal connections. Only by experiencing change and newness can we develop our brain, create new connections, and grow.

When we make changes in our brain, old connections are literally broken and new ones formed. If you’ve ever had an intensive learning experience and felt physically and mentally tired afterward, that’s because the brain has been hard at work. And even as we make changes, old patterns are deeply persistent. Ever tried to break an old habit only to find that days, weeks, or months later the struggle is still there? The brain is powerfully disposed to hold onto “workable” patterns from the past. The effort to create new patterns and new understandings in our brains takes persistent and consistent work.

The regular geographical change that my wife and I experienced may have been a boon for innovative thinking. I felt after some months that I had had my fill of change. I wanted normalcy and stability.

I’ve now been comfortably settled in my own home for more than 10 years. Whenever anyone asks if I would like to move, I say, “No way!” If the call came to head back to Missouri, I might be in the last wagon.

Change is hard. As fallen humans, we like stability, sameness—no change.

So when I read about the revolutionary and revelatory change that occurred in the early Christian church to invite Gentiles into the fold, I felt sympathy with the resistance that the Jewish Christians, such as Peter, felt (Acts 10-15).

My wife reminded me that Jesus had already acted and taught in such a way that this revealed change to embrace the Gentiles should have been a matter of course.

When the lawyer asked Jesus, “Who is my neighbor?” (Luke 10:25-37), Jesus responded by telling the story of “The Good Samaritan.” Notice that Jesus didn’t tell the story of “The Good Jew” or “The Good (Jewish) Priest” or the “The Good (Jewish) Lawyer.” These, by tradition, were all already within God’s fold. What was unusual is that Jesus both included the Samaritans and that He painted them in a good light. Jews considered Samaritans outcast inferiors, unworthy of God or His Kingdom. “The Good Samaritan” parable was revelatory, paving the way for spreading the good news beyond the covenant Israelites to Gentiles everywhere.

Then we have the story of the woman with the issue of blood (Luke 8:43-48). Women in the time of Jesus were often treated similar to the manner that extremely traditional Arab societies treat women: do not be in public unless accompanied by a related male, do not talk to men in public, and definitely do not touch a man in public. In her desperation for the healing touch of God, the woman with the issue of blood broke all these conventions. Stunningly, Jesus did not call her out. He did not reiterate social norms and traditions. He did not say to her, “Why aren’t you at home under the protection of a male relative?” or “Why did you touch me in public? Don’t you know that is a punishable offense?” Instead, after giving her the faith-demanding challenge to identify herself in a public setting, He sent her on her way with the beautiful blessing, “Daughter, be of good comfort: thy faith hath made thee whole; go in peace.” (For more on this incredible story, see "I Wish I Had What the Woman with the Issue of Blood Had.")

We could provide multiple examples from the words and deeds of Jesus. He knew that the gospel would go forth to all kindreds, tongues, and people. He knew that Jews would need to receive revelation (change) to accommodate a larger flock, that the traditions of the Jews would have to give way to embracing change, even if it was uncomfortable.

The same holds true for all of us. If we believe in modern-day revelation, we believe in and embrace change. We are willing to let tradition fall to accommodate the growth that comes through revelatory change.

We are a people that believe in modern-day, continuing revelation. We aspire to be willing to change. The Atonement of Jesus Christ makes all change possible. In that regard, Jesus is the beginning and the end, the Alpha and Omega. He gives us the call to change (revelation) and the power to make that change (Atonement).

Lead image of Christ in the House of Martha and Mary by Henryk Siemiradzki.