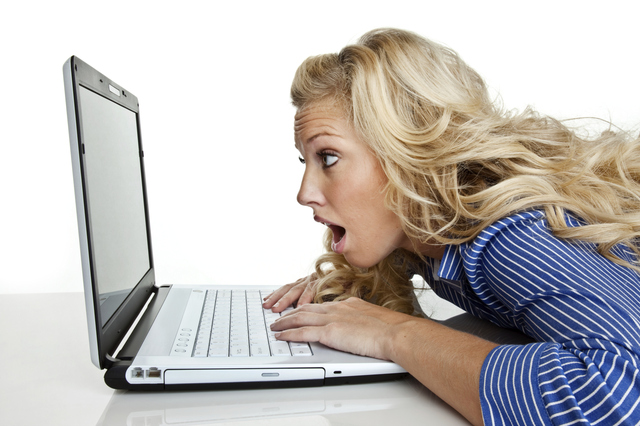 A friend of mine recently texted me, asking, “I just got asked out over Facebook message to eat Vietnamese food. Two strikes?”

She sent me the message: “You around on Saturday? I was thinking about getting some Vietnamese Pho if you're interested. Btw, my phone number is __ if you would rather text me or my email address is __. I hope you are having a great week!”

Bad form indeed. He gave her five different options for rejecting him—starting by being vague and “cool” in the way he asked her. Like it was an afterthought. So what would be the harm in saying no, if he didn’t seem to care in the first place? Then he offers a phone number, which she can call or text, and an email address. Plus the Facebook message. She could have viably said no to him on two websites, a text message, a phone call, and even in person. Those are, of course, all places she could have also said yes. But did she feel like he really wanted to go out with her? Or just that he was meeting his post-mission quota goal on dates per week?

Another friend sent me a link to one of the oddest Facebook events I have ever seen. It was a large dinner—the host had invited over 800 people—for people ages 21-42. It was held at a restaurant, but the food was prepared by the attendees. And the weirdest part of it was that guys were expected to pitch in ten dollars each, while girls were strictly prohibited from contributing. It was like a giant non-committal date-thing, where the boys didn’t have to make the effort of . . . dating.

In a world where social media and online communication is so common and acceptable, it is my opinion that the anonymity and safety of the digital world has made dating ridiculous, and here’s why:

There is no sense of commitment, just a feeling of being “on the hook” when a man reaches out every once in a while to text you hello, or send you a funny video, or flirt over instant messaging. He doesn’t want to date; he just wants to see if you’re still available and willing. If you show interest, he disappears. It’s as if there is no obligation to see things through when someone has so many options. With the click of a mouse, you can easily keep tabs on someone without ever actually speaking to them. And you can see if you’re still interested based on online profiles rather than interaction.

In almost every individual definition of “date,” there is no mention of being vague, passive, or assuming.  Nobody enjoys reading between the lines, and social media is not a substitute for face-to-face interaction. A text message does not count as courting. A “You around on Saturday?” does not qualify as asking a person out.

A friend cited “changing times,” and said she doesn’t expect traditional stuff out of people anymore. It’s true that romance can be facilitated by the wonderful modes of technology we all use and enjoy. But I think there needs to be some clarity—and some confidence. When you’re asking someone out, be decisive. Respect the fact that they have schedules and would like to plan ahead. Call them on the phone just to mix it up. Treat a girl like she is special, and assume you are someone she would want to go out with. On the other side, girls, answer your phones. Don’t make a poor boy leave a voicemail and then text him your response.

It’s time to “friendzone” the Internet. Use it as a supplement, not the only tool for social interaction. Try not Facebook stalking a date before you go out. Consider not reading through their entire visible Twitter feed. Because, surprise! When you arrive for your date, you will not have the comfort of a computer screen or cell phone (at least you better not break out your smart phone if you want a second date). You’re going to have to look your date in the face and talk. You might want to leave some things a mystery, so the conversation has somewhere to go.

Plus there’s a good chance that their Facebook profile hasn’t been updated since 2008, and you might want to give a person the benefit of the doubt that they aren’t listening to punk pop anymore.