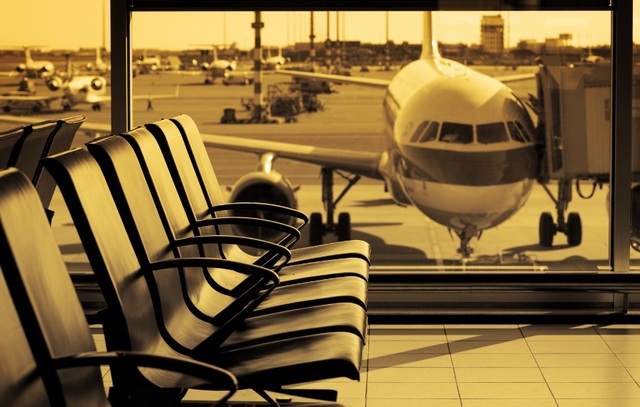 Does Anyone Hold the Priesthood? The Miracles That Came After Woman Collapsed at the Airport

"Tears filled my eyes as I boarded at that bittersweet moment. I felt a calmness and a brightness of hope that wonderful, willing men are among us, able to help at a moment’s notice. And I was humbled to help a woman who was very much on Heavenly Father’s radar." What a touching story from Joni Hilton. Get more from her with her new book, perfect for Mother's Day, Golden.

Last week I was in Utah awaiting my flight home to northern California. The flight was actually delayed for several hours, and the airline had even brought in pizza to appease hungry passengers. Parents struggled to entertain restless children, and the crowd settled into the expected groups of the understandably disgruntled, those demanding compensation, others making jokes, and many simply bonding the way you do in such a predicament.

I found myself among fliers awaiting a flight to San Diego which had been delayed more than nine hours, and four more hours were expected for them. Suddenly the wait for my own flight seemed puny. I stepped out for some water, and when I returned a woman was lying on the ground, having just passed out and fallen. Several people were already rushing to her aid.

I stepped closer, hoping a doctor or someone else with medical training would be on hand. Two airline personnel rushed over, and noticing that the woman was Hispanic, began speaking to her in Spanish. Since I speak a little Spanish myself, I stepped close to help if I could. . . .

The woman had hit her head upon falling, and one of the airline personnel told the woman they had called for paramedics. They were helping her up, and she sat beside me in a chair. I held her hand and told her not to worry, that help was coming.