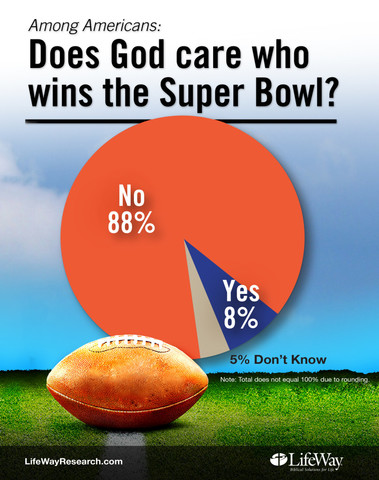 Does God care who wins Super Bowl 50? Does He determine the outcome? What are your thoughts? Do you agree with most Americans?

An old gospel hymn says God’s eye is on the sparrow, but what about panthers and broncos? Not the ones from Carolina and Denver matched up for the National Football League’s Super Bowl 50, according to a new survey from LifeWay Research.

► You'll also like: Top 12 Mormon NFL Players of All Time

The poll found most Americans are skeptical about divine intervention on the football field. They say God doesn’t determine who wins or loses. And most believe God has bigger things to be concerned about.

“The Bible says God sets up and takes down nations and rulers,” said Scott McConnell, vice president of LifeWay Research. “Either Americans do not agree, or they think God focuses on political leaders rather than cultural sports icons.” 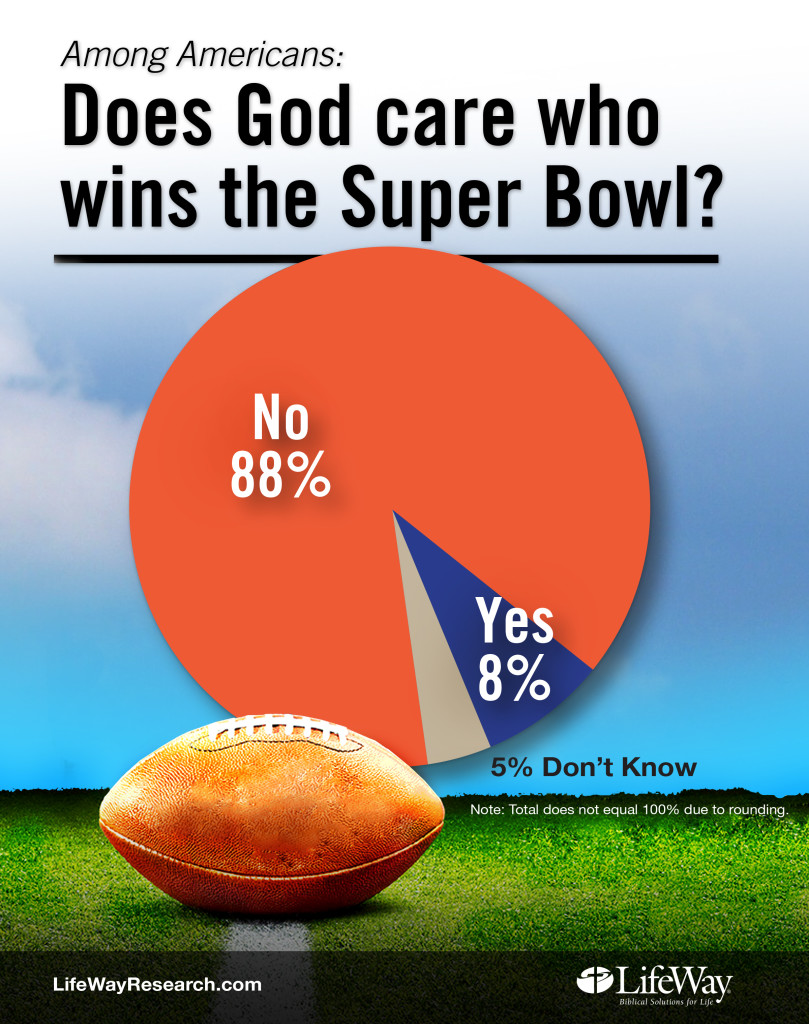 Read the rest of this story at lifewayresearch.com