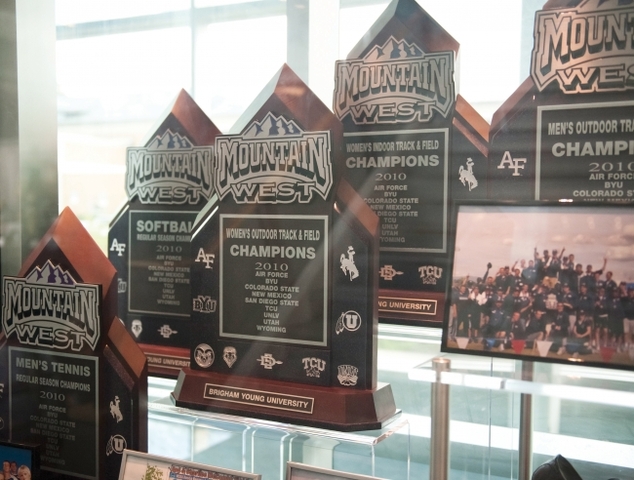 Domination: BYU has more MWC titles than any other school

BYU bids the Mountain West Conference farewell with more conference titles than all other affiliated schools.

After the BYU men’s basketball team ended its season by losing to Florida in the Sweet 16 of the NCAA Tournament, the Deseret News’ Dick Harmon said losing BYU’s and Utah’s men’s basketball programs would be a tough pill to swallow for the MWC.

“The league will sorely miss these two pillars from the Beehive State,” Harmon said of the two teams that have a combined 11 MWC men’s basketball regular season championships.

BYU owns the most MWC regular season championships in men’s basketball with six. Utah has five.

BYU’s affiliation with the MWC officially ends on June 30, when it will join the West Coast Conference in most sports, excluding football (going independent), softball (will play in the WAC) and track and field (will compete in the Mountain Pacific Sports Federation during the indoor season).