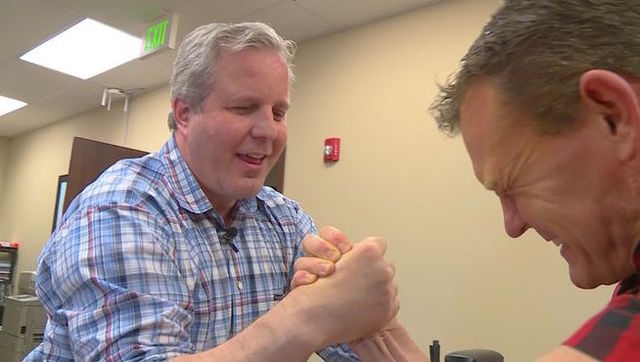 Professional arm wrestler is not always the first thing that comes to mind when people meet Robert Baxter for the first time. But Baxter continues to astonish his competitors and his business partners with his incredible skill and stamina as he faces off in competitions around the world.

"Apparently I don't look like an arm wrestler," Baxter said.

He's right. Baxter is often met with looks of confusion when he tells them about his "hobby." But for Baxter, it's not just a hobby — he arm wrestles competitively.

And while he may not look like an arm wrestler, Baxter's defeated the best in the world.