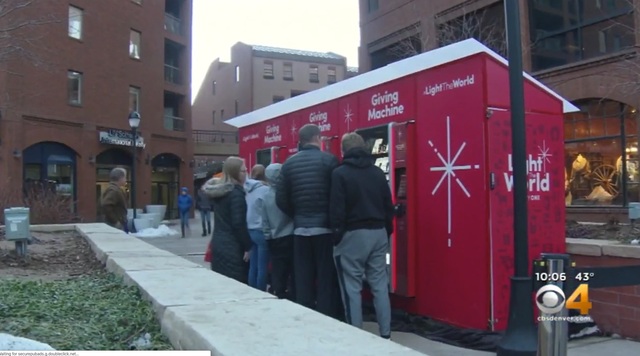 The Church of Jesus Christ of Latter-day Saints updated the total amount of donations raised through the Light the World Giving Machines.

Jamie Leary, a news anchor for CBS4 in Denver, explained that the response in Denver was overwhelming with donations totaling more than $625,000.

“This has to be one of the easiest way to give,” Leary said in the broadcast.

In the broadcast, Leary interviews people who donated to the Giving Machines.

“We need more of that,” participant Alana Reeb said in the broadcast. “We really need more of that. If we can just sacrifice one percent of our time? And this is just a small thing to do to help so many people locally and worldwide.”

► You may also like: From Giving Machines to an Interfaith Dinner in Delhi: Ways Latter-day Saints Participated in Light the World