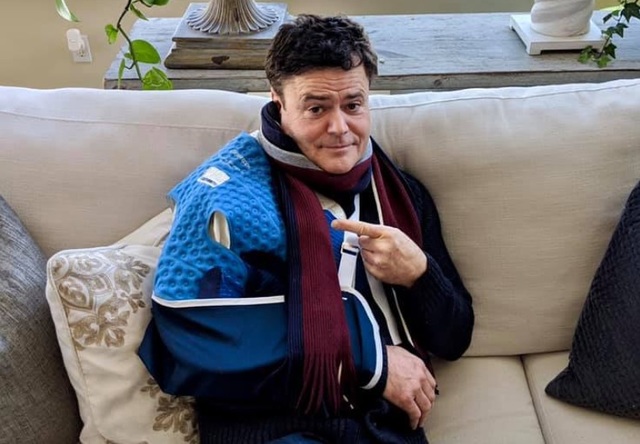 Donny Osmond will not be performing for a month as he recovers from shoulder surgery, which the musician says was a success. In fact, Osmond felt well enough after the surgery to post a pun on Facebook: "I’m home after a successful shoulder surgery and settling in for some serious rest and recovery. My only complaint about the day: my doctor gave me the cold shoulder."

Even while in the hospital, Osmond joked about his impending surgery, writing "cut here" across his shoulder and laughing about the gag. For a musician who has spent nearly all of his life performing, it appears nerves don't get to Osmond on the stage or in surgery. On Facebook, he wrote, "We should all be glad I’m the patient, not the surgeon."

Osmond attributed the surgery to a "dancing accident," but the performer plans to be back on stage next month. Even while recovering at home, Osmond has taken little time to lie low and announced his upcoming 62nd album.