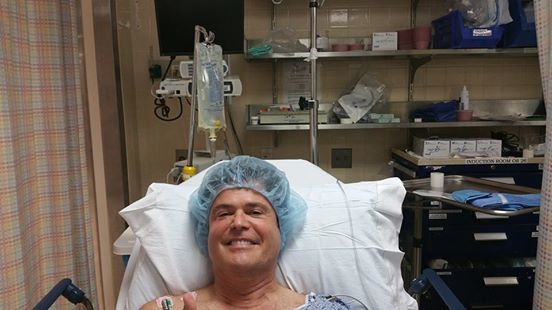 While Osmond seemed optimistic about the operation and even excited about the "cool" technology used to carry it out, the recovery may be a little hard on the 57-year-old performer. For the next three weeks, Osmond will not be able to sing or even make a sound while his vocal cords recover.

But, the future still looks bright for Osmond and his career.

In response to a recent post by Donny Osmond on Facebook, one woman commented saying, "My husband is a singer and had the same surgery about 10 years ago! He carried a notepad around to communicate with. I still have it! Recovered well and still singing better than ever! Get well quick. Your Vegas show is on my bucket list!!"

Other fans and friends quickly responded to the post, voicing their prayers, encouragement, and best wishes, saying:

"I don't believe in luck so just remember...Prayers going up for you my friend!!! You're going to be as good as new when it's all over!!"

"I just had vocal cord surgery and it's amazing how much better I feel!"

"Maybe a good time to freshen up on your Mime movements ? best of luck my friend."

We wish you all the best Donny as you recover!

This morning is the big day for vocal chord surgery.Normally I wouldn't post a picture like this but the technology...Posted by Donny Osmond on Tuesday, August 11, 2015