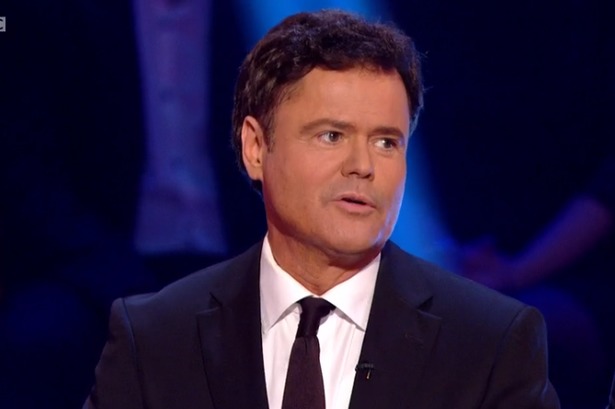 Donny Osmond Shares What Mormons Believe About Halloween with His Fans

Halloween celebrations can vary greatly from person-to-person and religion-to-religion. Some people prefer not to celebrate it, and others prefer to celebrate the day with gusto.

But when an anonymous Christian from Australia asked Donny Osmond whether or not he celebrated the holiday and what the Church's official stance on the day was, he gave a very straightforward answer.

On his website, donny.com, an anonymous writer became concerned over a comment written about the Halloween celebrations in Salem.

As the writer stated, "Since I was taught the REAL meaning of All Hallows’ Eve, I have been very disturbed at the practices which take place on that day. It seems to be accepted as a holiday (Holy-day) in America when it is historically quite the opposite. Also, it is fast being promoted here in Australia, I suspect purely for commercial reasons—but I don’t ignore the fact that it could be the result of Satan’s work."

Concerned about the practice of trick-or-treating which the individual wrote was, "originally intended to appease the evil spirits which congregated on the Earth the evening prior to All Hallows Day," the writer went on to ask:

"Donny, my question is, what do YOU think about this spiritual practice? I know in America, it is all around you, but I know, that as a Christian, you will put your faith above any common practice of your neighbours. What is official LDS doctrine on the Hallowe’en issue?"

To which Donny gave this straightforward reply:

"Thanks for updating me on things I had once known and had totally forgotten concerning the origin of Halloween. Regarding your question as to what I believe about this “spiritual practice,” you’ll be happy to know that I do not believe this is a “spiritual” practice at all. The LDS Church takes no other position on Halloween except that if there should be parties for little children, and they are to dress up, they are asked not to wear masks at those parties, so as to be sure none of those children are frightened by the “Halloween party.” To make anything more of Halloween, than to call it an evening where children go from house to house accompanied by their parents to show their neighbors their little costumes, and to receive a treat, would be too much.

"Any celebration of the actual events as you have dated them historically is inappropriate for true Christians.

"We believe that we can have a good time at all holiday occasions, but we must be aware that evil can lurk anywhere we want it to, if we invite it. Even Christmas itself can come across as a pagan ritualistic celebration if we make it so.

"The point of all of the above is, if we keep Christ as the center of our life, all of our activities will remain Christ-centered."

Though everyone has their own preference when it comes to celebrating or not celebrating Halloween, Donny's response opened up a way for Church members to share the general guidelines for what the Church has said about celebrating the holiday. He also opened up a conversation between Church members and nonmembers about what we believe—all thanks to a particular holiday on October 31st.