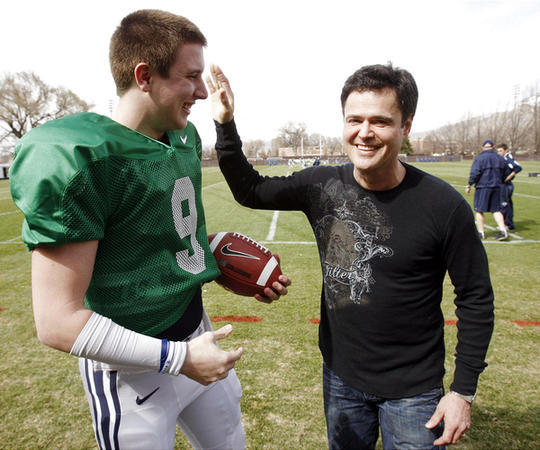 Donny Osmond showed up and told Heaps to throw harder.

The young BYU quarterback has invested a lot of TV time watching Donny and Marie Osmond compete on "Dancing with the Stars" in recent years. Donny heard about that and decided to attend BYU football practice and thank Heaps in person.

The former teen idol spent a little time with Heaps before practice on Tuesday and watched some of the drills before leaving for a flight to Las Vegas, where he'll resume performing with his sister Marie at the Flamingo Hotel.

Tossing the ball back and forth, Osmond teased Heaps, "Come on, let's see what you've got. Quit throwing it like Betty White."