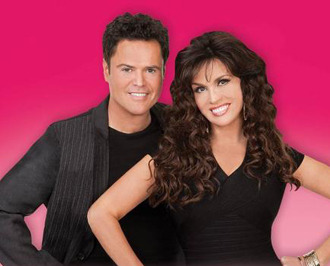 Donny and Marie’s Vegas show is a stunner worth seeing

For those who might fear the Donny & Marie show might be too much flash for their sensitivities or that it might be out of place in the famous Sin City mix, fear not.

The famous brother-sister Osmond duo show has it all — song, dance, comedy, energy, audience repartee, even a few trips down Memory Lane — and it never stalls. From the moment the curtain raises to reveal large silhouettes of the two to the signature closer from their television series, this production is engaging.

It has the oldies but goodies, a surprisingly wonderful operatic aria from Marie, the "Dancing With the Stars" movement and lots of the Osmond charm. Donny even brings along footage from "Joseph and the Amazing Technicolor Dreamcoat."