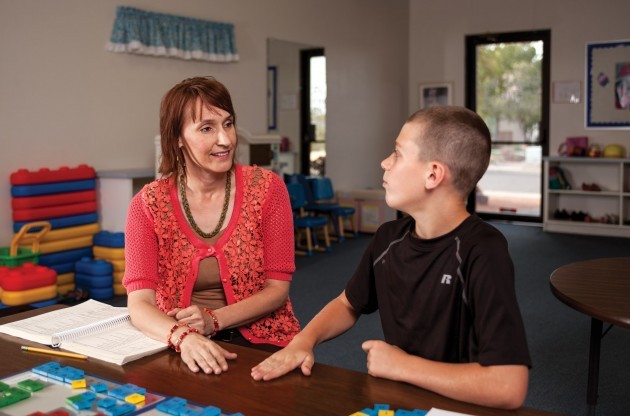 In 2010, when one of her children was struggling to read, Cassandra Hafen took it upon herself to learn more about dyslexia. A veteran teacher of English as a Second Language, she found herself in new territory, so she retrained and became a certified specialist in the sonorously named Barton/Orton-Gillingham method. This unique approach calls for the engagement of all of a student’s senses: visual, auditory, tactile and kinesthetic. It has a lofty track record—it’s the preferred method at the New York’s Windward School, perhaps the nation’s top dyslexia program—and now Hafen was determined to bring it to her one-on-one practice in suburban Henderson.

As the mother of a severely dyslexic son, I had gone through some of the same struggles as Hafen. So when I learned about her in 2013, I called immediately. As I sat in the sessions and watched her create a sequential language system for my child, building on itself in an almost three-dimensional way, I knew I’d struck gold. She had what you might call quiet spirit—a strength of character that allows her to be gently proactive rather than restlessly reactive. She always seemed to be a step ahead.

I began to wonder what accounted for her remarkable alchemy. How did she inspire the mind of a child where so many others have failed? To put it grandly, what made her who she was? As we got to know each other better, that question led me to an exploration not simply of her teaching style, but of her approach to life, her ethical outlook and, ultimately, her Mormon faith. Soon enough, I found myself immersed in the story of one of Henderson’s most powerful extended families.

Read the rest of this story at vegasseven.com