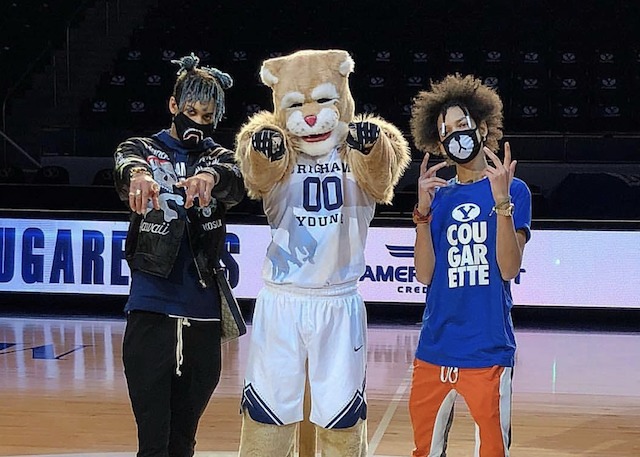 If you haven't, you need to.

And in case you thought the video couldn't get any better, the BYU basketball game last night proved you wrong.

Ayo and Teo, the brothers and hip-hop artists behind "Rolex," joined Cosmo and the Cougarettes for a live performance at half-time during the BYU basketball game, the first time a hip-hop group of their caliber has performed at BYU, according to ESPN960.

Sporting BYU gear, the two posted a picture with Cosmo. “We seen the video of the Cougarettes and the mascot, and it went everywhere,” Ayo and Teo shared with ESPN960. “It was all over Twitter, Facebook, Instagram, and it got shared on multiple pages, so they invited us out here to do it over.”

The performance even caught the attention of the Bleacher Report, who tweeted the video.