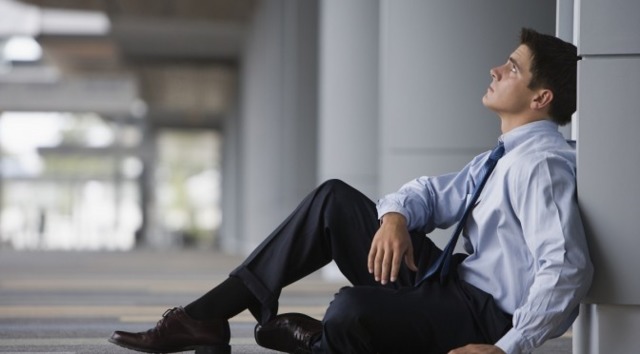 The following has been republished with permission from senorwrite.wordpress.com:

It’s my sincere hope that something from my experiences will help those who find themselves in the same situation, dealing with the challenges that come with an earlier-than-expected return from a full-time mission for The Church of Jesus Christ of Latter-day Saints. I think all parties involved in this situation—including family and friends—can benefit from the experiences shared here.

On a Saturday morning in early June 1987, I hopped on my prized 10-speed bike and rode to the local post office to check the mail.

P.O. Box 225 was 33 steps from the post office entrance. I was expecting a letter from Salt Lake City but didn’t think it would be there for at least another week. Surprisingly, when I opened the box, my mission call was nestled between junk mail and bills.

I calmly gathered the mail, walked the 33 steps back to the post office door, and out to my bike. Straddling my bike at the curb, I decided then was as good a time as any to open my mission call.

“Dear Elder Martinez,” started the letter. “You are hereby called to serve as a missionary of The Church of Jesus Christ of Latter-day Saints. You are assigned to labor in the Colombia Bogota Mission.” My report date to the Missionary Training Center in Provo, Utah, was in September 1987.

This is the point where, by today’s standards, people repeat the missionary’s destination to each other, cheer, “ooh” and “ahh,” and mention someone they know who’s served in that same mission or somewhere within a thousand miles of it.

Not in my case.

I calmly rode my bike home, told my parents about the call, called my brother, and then made a few more calls to friends and extended family to deliver the news.

That night, as I lay in bed, I wondered if I’d bitten off more than I could chew.

Like most newly called missionaries do, I spent a lot of time researching the country in which I was going to spend the next two years of my life. The thought of living in a foreign land scared me. The longest I’d ever spent away from home and my parents to that point in my life was one week. Two years terrified me.

As I thrust myself into mission-prep mode, I was able to stifle the feelings of fear and focused on the enjoyable experiences with family and friends who were excited and happy for me.

A letter from the mission office in Colombia pushed my MTC report date back to October, which seemed to come as quickly as a speeding freight train.

Saying goodbye to my friends and family was difficult.

With the painful goodbyes behind me, I dove into missionary mode. My companion was from Oregon and the rest of the elders in my district were from North Carolina, Washington, Idaho, and New Mexico. Our group got along royally and there was an instant sense of brotherhood between us.

At least, I thought I was ready then.

The Spirit had a powerful impact on me from the moment I set foot in the MTC. I could feel His influence strongly, especially once my family left and I started living as a full-time missionary.

A hymn, prayer, and short devotional at a prayer meeting on my first day there had me—and my fellow missionaries—in tears and I didn’t know why. I’d never been brought to tears so easily since I was a child. The leader told us that what we felt was the Holy Ghost and that as we lived worthily and did our best, He would have a great impact on our missionary service.

It was at that moment that I began to wonder if something wasn’t right.

I met with several MTC leaders over the next week following that powerful prayer meeting, and it was eventually decided that I should go home to sort things out. It was apparent to all involved that I was not ready or able to be a full-time missionary.

So, on a rainy Thursday afternoon in October 1987, my family picked me up from Los Angeles International Airport. It was awkward for us all because none of us had been in that situation before. Next to me, I think it was most difficult for my mother.

If you’re an RM that didn’t finish the full length of your mission assignment, then you know that self-worth is an issue in regard to coming home early. You think you’re the topic of every conversation that you can’t hear. You think you’re a second-class Church member. You wonder if the Lord is displeased with you. Basically, you feel worthless.

That’s how I felt.

Most ward members, at least in my case, mean well. They recognize the awkwardness of the situation and try to take the disciple’s path by offering a welcoming hand and warm sense of fellowship.

It was difficult coming home early from my mission, especially because I was gone for only eight days. My inclination was to stay away from friends and ward members. I didn’t want to be in a situation to have to answer questions.

Based on my experience—and the experiences of several that I’ve spoken to who returned early from their missions—there’s always one situation that digs deep.

"What Is He Doing Here?"

My first Sunday home, I was faced with a difficult decision: go to church, or don’t go to church. I feared that attending church was going to involve negative reactions to my early return and I felt anxious about how I would be received.

I knew there were some ward members who knew I was home, but most didn’t. You can imagine the looks of surprise I got when I arrived at church less than two weeks after saying goodbye.

I got through the first hour of church without any problems, then, in Sunday School, things unraveled.

Following the opening prayer, a brother sitting at the front of gospel doctrine class raised his hand to ask a question. When called upon, he stood and, pointing at me, asked, “What is he doing here?”

I’d formed a habit by that time in my life of sitting at the back of the room, but it didn’t matter where I was sitting at that moment; every head in the room—and the entire city, it seemed—turned in my direction.

The teacher, bless her heart, was a quicker thinker than I was, responding before I came up with something to say. “Oh, he’s visiting. Let’s move on, shall we?”

In the 30 years that have passed since, I’ve come to realize that our church—and the entire world, for that matter—has a lot of different personalities, some thoughtful, some not so much. We’re going to come across them, whether we returned early from a mission or not. It’s how the cookie crumbles.

I think it’s a safe assumption to say that many, if not all, RMs that finished their missions early have had at least one similar experience. In actuality, people who respond in this manner are just giving voice to what most people are thinking. It might be done in an inconsiderate fashion, like the brother in my ward, but the most important thing to do is to bear with it and turn the other cheek, as the Master has told us to do.

These types of experiences can hurt and wreak havoc with the self-esteem of an RM who’s come home early. I know it did mine. I was convinced that everyone thought as poorly of me as the brother in my Sunday School class did.

Eventually, I had to come up with something to say to people who asked why I was home so soon—and so will all who find themselves in the same situation. I became adept at saying something vague, such as I had some things I needed to take care of before I returned to the mission field.

I should mention here that the invitation to return to complete my mission was always there. I was told by each leader I met with that I could return when I was truly ready.

In hindsight, I knew from the time the decision was made to send me home that I wasn’t going to return because my heart wasn’t into being a missionary. I’d seen enough in my eight days at the MTC to know that it was a task that I had no confidence or desire in measuring up to.

The culture of Colombia frightened me and contributed to my not wanting to go anymore. But I knew that that wasn’t what people wanted to hear. At that time in my life, I wanted to please others, but I was going to do things my way. You know, a typical 20-year-old.

In a nutshell, the best way to deal with inconsiderate people and awkward situations is to roll with the punches. See the situation for what it is: people dealing with the uniqueness of the experience in varied ways.

It would be nice if RMs that return home early were treated in a manner in which the service they did render was the focal point of their return, but mortals will be mortals. So, dig deep and know that the inconsiderate comments and treatment will pass—as will the difficulty of the challenges of returning home early.

This nugget of truth didn’t make things all sunshine and roses for me, though.