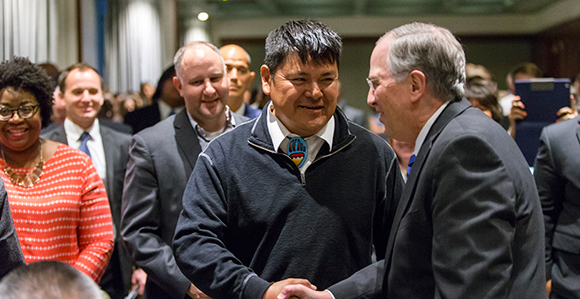 “The Book of Mormon is true, and you are part of it,” Elder Neil L. Andersen told a group of about 100 Native American youth and young single adults from Kirtland, Gallup and Crownpoint, New Mexico. They were invited to a devotional held in the Joseph Smith Memorial Building in Salt Lake City on Friday, March 31, and to attend general conference the next day.

Thanking the youth for traveling so far to attend the devotional and general conference, Elder Andersen told them their journey is an act of faith. “Faith is something very powerful. This will be a very special weekend for you because in coming you are showing forth your faith, and you are prepared to receive miracles.