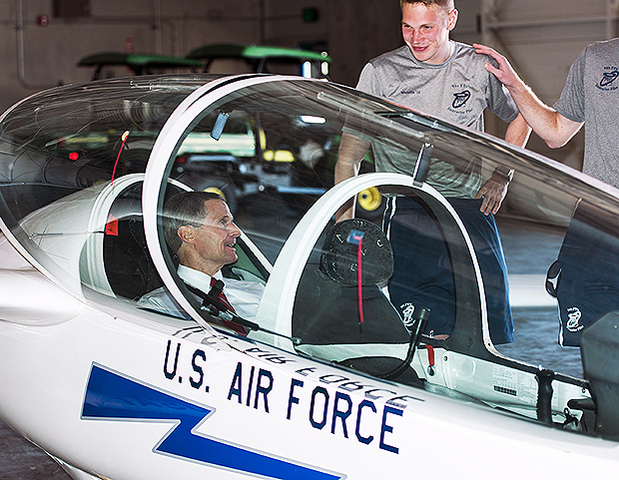 “It is not merely about temporal tactics but about facing spiritual battles. Learn the intent of the enemy. Study as a disciple of Christ with the focus of coming to battle against Lucifer and his legions.”

Spirits soared high as Elder David A. Bednar from the Quorum of the Twelve Apostles addressed the LDS graduating class of 2016 from the United States Air Force Academy in Colorado Springs on May 29, in the first LDS Baccalaureate Service held in the iconic cadet chapel.

Among the approximately 1,200 people in attendance Sunday at the USAFA cadet chapel were 27 LDS cadets preparing to graduate on June 2. Two of the graduates are recent converts who joined the Church as cadets at the academy, and 22 are returned missionaries. 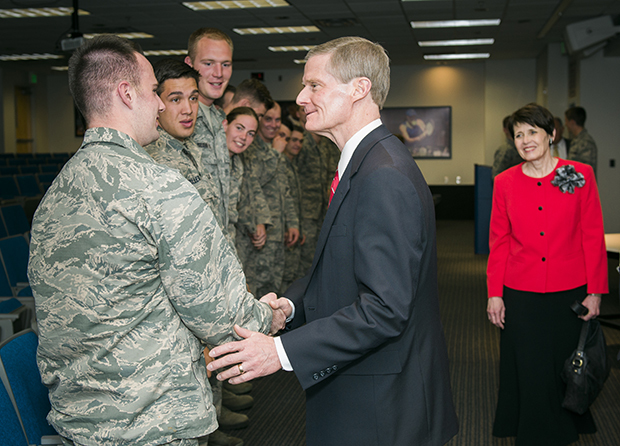 Elder Gordon R. Edgin, LDS Designated Religious Group Leader, who is serving a mission with his wife, Cheryl, at the Air Force Academy, met with chaplains from other faiths at the academy and discussed their various baccalaureate services to be held in the spring.