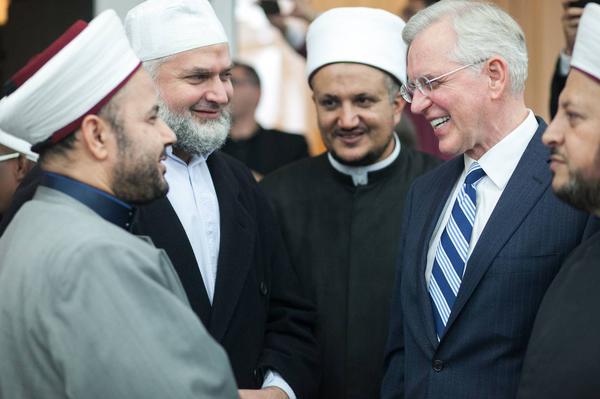 Today it’s impossible to talk of the Church’s global footprint without speaking of Brazil.

“Brazil is one of the main pillars of the Church — and it has tremendous potential,” said Elder D. Todd Christofferson of the Quorum of the Twelve Apostles.

Elder Christofferson recently witnessed the Church in Brazil at the ground level when he directed an annual review of the Brazil Area. Elder L. Whitney Clayton of the Presidency of the Seventy and Bishop Gérald Caussé, first counselor in the Presiding Bishopric, also participated in the review.

Elder Christofferson also met with religious leaders at a mosque in Sao Paulo where, speaking in Portuguese, he delivered a keynote address on religious freedom. (See accompanying report.)

With over a million members and home to six temples and two more announced, the Brazil Area has emerged in recent decades as a power in the Church. “But there’s much more room to grow,” Elder Christofferson said.