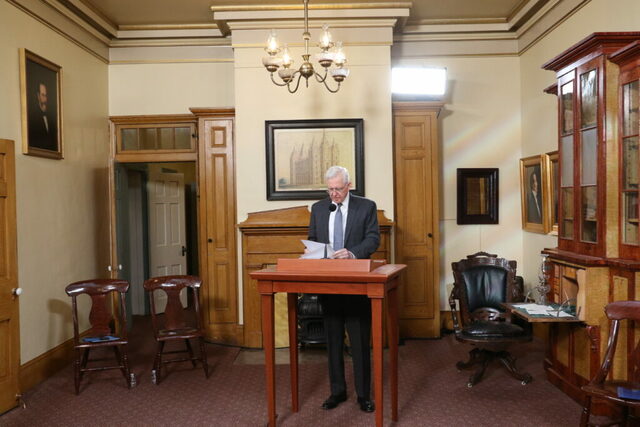 Just because missionaries are being trained virtually doesn’t mean they aren’t receiving counsel directly from Church leaders. In fact, Elder D. Todd Christofferson told virtual MTC missionaries that “If even one of us gets weary in well-doing, it slows the work. And each one who is diligent affects the work in positive ways that even he or she may not realize or ever see.” So while missionary work may look a bit different than it has in years past, this does not mean that the work must slow down.

Instead, he suggested nine “small and simple things” that will lead to a great mission. Among them, according to Church News, were getting up on time and being consistent.

“Your mission has a prescribed daily schedule that includes getting up each morning at a certain time, usually 6:30,” Elder Christofferson said. “This is a small but important part of missionary discipline because it makes it possible for you to order your day and to accomplish your purpose each so that in the end you have a mission filled with days in which you served the Lord, not simply passed the time.”

Later, speaking of the value of consistency, Elder Christofferson offers advice that certainly extends to life beyond missionary work, “Consistently work at a pace that is demanding but sustainable, and don’t worry about who recognizes or appreciates your contributions. In the end, it’s between you and the Lord.”

Read all nine of the “small and simple things” on Church News.