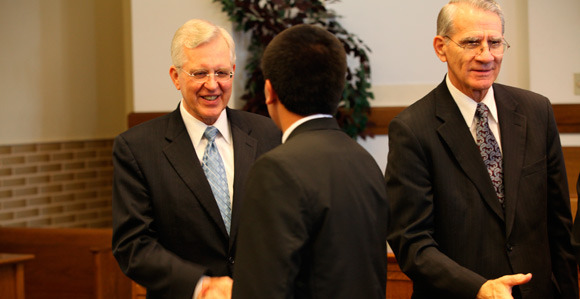 On Saturday, November 12, 2011, Elder D. Todd Christofferson of the Quorum of the Twelve Apostles and Elder Jay E. Jensen of the Presidency of the Seventy addressed youth, priesthood leaders, missionaries, and general members in Salta, Argentina.

Nearly 1,300 youth and parents attended the fireside where both Elder Christofferson and Elder Jensen spoke. Another 10,000 members in 70 stake centers throughout Argentina watched by broadcast.