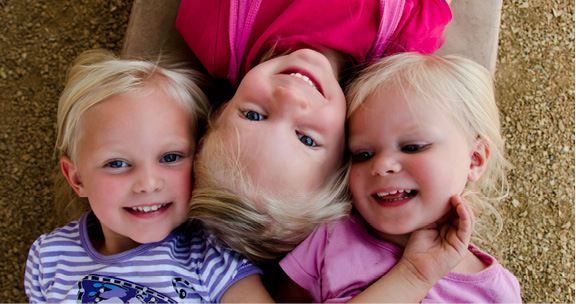 When Emilie Parker was killed in a school shooting in 2013, her parents had a hard time coming to grips with their new reality. But one message shared by Elder Quentin L. Cook at Emilie's funeral helped her mother find some peace.

Find out how Emilie's parents learned of her new role as a comforting angel after an unforgettable experience with Emilie's friend.

I didn’t know how I was going to manage at Emilie’s wake. I hadn’t wanted to attend the public memorial that would be held the night before the funeral. Grieving in the public eye made me uncomfortable. When Robbie and I arrived at the funeral home that night, a line had already formed, wrapping around the building. People had come from all over Utah to pay their respects. The thought of greeting all of these people as I stood beside Emilie’s little white casket made me nauseous. I couldn’t bear to hear all the well-intentioned comments about Emilie. I dreaded even more the easily proffered “at least . . .” statements:

“At least we know where she is.”

“At least she is at peace.”

I knew exactly what people were going to say because I had stood in a line just like this only a few months earlier and heard these comments regarding my father’s death. This felt even worse, unbearable.

Overcome, I suddenly bolted from the chapel. In the rear of the building I ducked into a closet and closed the door. A few minutes later, Robbie found me in the fetal position on the floor, literally gasping for air. The moment he saw me, he knew I just wasn’t ready to talk to people about Emilie’s death. It was one of those moments when I needed my husband to be patient and empathetic. At the same time, he was hurting too. And he needed me by his side at the wake. We were both broken, but we had to stick together. Somehow, I had to get up and walk back in there with him.

He gave me time, and I reassured him that I would figure out a way to get through the wake. Sitting on the closet floor, I prayed: Please. Please get me through this. I don’t know what to say!

One of the many lessons that I was learning in the depth of my need was how to listen for the answers that come from God through “the still, small voice.” I learned to trust those feelings and impressions that came when I was pleading for help. In that moment in the closet, two words came to mind: Say nothing. I wasn’t sure how to do that. How could I greet hundreds of people without saying a word?

I followed Robbie back to the viewing area and took my place beside him, next to Emilie’s casket. A man at the head of the line approached, and Robbie greeted him. Then the man turned to me and said something. I nodded, but I didn’t speak. He understood. From then on, it became easier. I ended up nodding my way through the entire wake. I barely uttered a word. Nobody pressured me to say anything, and I got through it.

People tell me that the funeral was a beautiful service, but honestly, I don’t remember much of it. Robbie spoke, as did our friend Mr. Checketts and Emilie’s cousin Caleb. A children’s choir made up of Emilie’s cousins and her younger sisters sang angelic music. Elder Quentin Cook, one of the leaders of our church, gave a sermon on the comforting precepts of the gospel—that Emilie lives and had been welcomed into the arms of her loving Father.

But his words hardly penetrated my mind until he paused and addressed them directly to me. He said, “I want to speak for a few moments to Emilie’s mother. The unique challenge for those who have lost loved ones, as you have lost Emilie, is to avoid dwelling on the lost opportunities in this life. When we view through the wide and clear lens of our Father in Heaven’s plan of happiness, instead of the limited lens of mere mortal existence, we know of the great, eternal reward promised by a loving Father and His plan.”

That single phrase—“to avoid dwelling on the lost opportunities in this life”—jolted me to complete attention. Moments before, my mind drifting, I had been thinking over and over, This is not what I expected. This is not what I expected for her. I knew at that moment that Elder Cook was a messenger whom God had allowed to see into my heart and to understand my personal struggles.

He continued, “Please understand that no blessing of this life, including those that would have been Emilie’s in her maturity, will be withheld from this precious daughter. The Savior said, ‘Let your hearts be comforted. Be still and know that I am God.’” 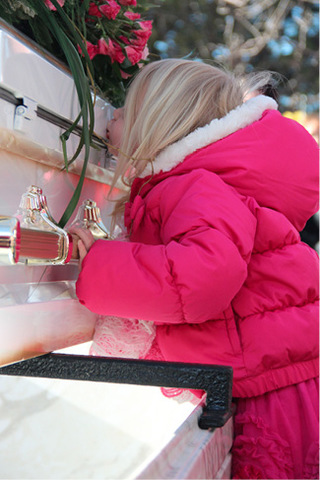 Samantha says a last good-bye to her sister

As we left the funeral and went to the cemetery, I continued pondering the words of Elder Cook. He had promised that no blessing of this life would be denied or withheld from Emilie. As I sat at the cemetery service, looking at Emilie’s small white casket, I made a promise to God.

I vowed then that I would try to follow Elder Cook’s advice. I would try to avoid dwelling on Emilie’s lost opportunities in this life. I would grieve for Emilie and feel the sadness of her loss, but I would work toward letting go of my own expectations, my own plans for Emilie’s future. I would try to trust that God had an even better path for her. But I would need God’s help in understanding her new life, in knowing what God’s path for Emilie looked like.

Lead image of Madeline, Emilie, and Samantha from An Unseen Angel

Read more about Alissa Parker's remarkable journey of hope and recovery with An Unseen Angel.