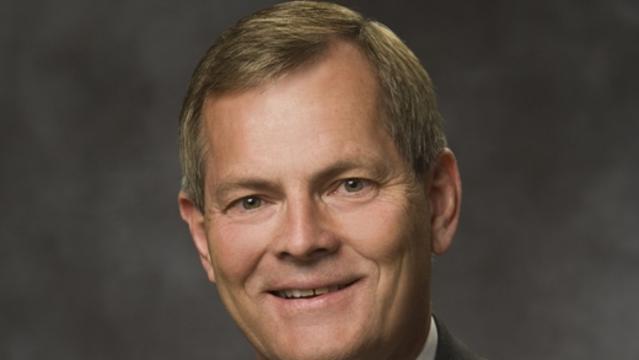 5 Things You Should Know About Elder Gary E. Stevenson

Elder Gary E. Stevenson, sustained in October 2015 general conference as the 99th Apostle in the Church, was born in Ogden, Utah on August 6, 1955. He was called to be the 14th Presiding Bishop of the Church in April 2012 and has served in that capacity until his calling today.

He is well-acquainted with serving in the church. When he was young, Elder Stevenson's father would take him to visit more than 30 widows living in their ward. He graduated with a degree in business from Utah State University and is married to Lesa Jean Higley. We look forward to sustaining Elder Stevenson in the Quorum of the Twelve. Here are 5 more fun facts to know about him:

Be sure to also learn more about the 98th and 100th Apostles called, Elders Ronald A. Rasband and Dale G. Renlund.

1. As a young man, Elder Stevenson would often accompany his father while he visited more than 30 widows living in their ward. It was these visits that taught Elder Stevenson the principle of Christlike love and service, which have helped him in his calling today.

2. He has a special love for Asia. He served his mission in Japan, and was later called to be the president of the Japan Nagoya Mission from 2004-2007.

4. Aside from serving as the Presiding Bishop, Elder Stevenson has served as a bishop, counselor in a stake presidency, ward Sunday School teacher, and as a member of the First Quorum of the Seventy.

5. He met his wife at Utah State University and was married in the Idaho Falls Idaho Temple in April 1979. He and his wife are the parents of four sons.