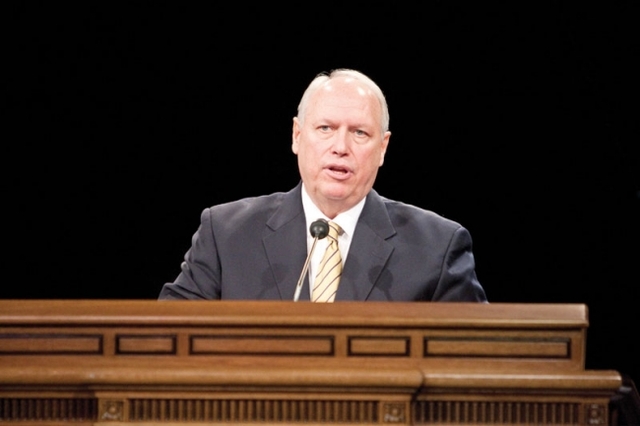 Elder Christoffel Golden Jr. of the First Quorum of the Seventy urged BYU students Tuesday to seek to understand the true nature of God in a world where faith in God is steadily declining.

In a Devotional address, Elder Golden said even among Christianity itself, differing views on the character of God are prevalent, filled with falsehoods and speckled with truth.

“In regard to the actual existence and correct understanding of God, I will simply note here that it is hard to imagine any concept or idea that has been more misunderstood, distorted or abused during the past 2,000 years,” Elder Golden said. “To many, God is mystical and distant; to others, he is nothing more than a manifestation of nature around us; and to others, he is a spirit who reigns in terrible power and judgment; while to a few, God is the invention of a childlike, unimproved mind. The diversity of beliefs is truly bewildering and baffling.”