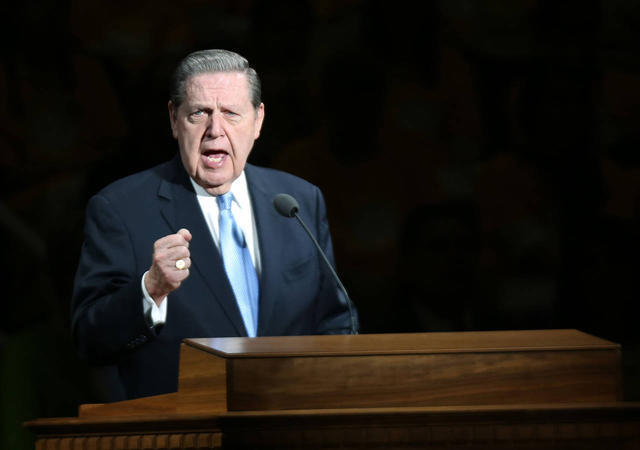 “It is reported that 89 percent of teens and 95 percent of young adults regularly have either ‘encouraging’ or ‘accepting’ conversations with their peers about pornography use,” Elder Holland said. “That means that of those interviewed only 1 in 20 young adults and only 1 in 10 teens say they and their friends think viewing pornography is a bad thing.”

But how do we help change the world's view of pornography? How can those addicted or drawn to pornography learn to fight it? Elder Holland answered these questions during the address he gave to the Utah Coalition Against Pornography conference.

► You'll also like: Utah Declares Pornography a Public Health Crisis Thanks to Work of LDS Senator

Pornography “ought to be seen like a public health crisis; like a war; like an infectious, fatal epidemic; like a moral plague on the body politic that is maiming the lives of our citizens,” Elder Jeffrey R. Holland of the Quorum of the Twelve Apostles said in his keynote address at the Utah Coalition Against Pornography’s 14th annual conference on March 12. Over 2,700 people attended the day-long conference in the Salt Palace in Salt Lake City.

“I can’t tell you, really, much you don’t already know about the evils of pornography,” Elder Holland said. “I’ll tell you that pornography is steadily, inexorably, unendingly, that there is more of it, that it’s easier for everyone, including children, to access, and that it continues to rend the very moral fabric of our society whether that be the family, or the community, or the very state or the nation. That is because in every case, it rends the moral fabric of the individual.”