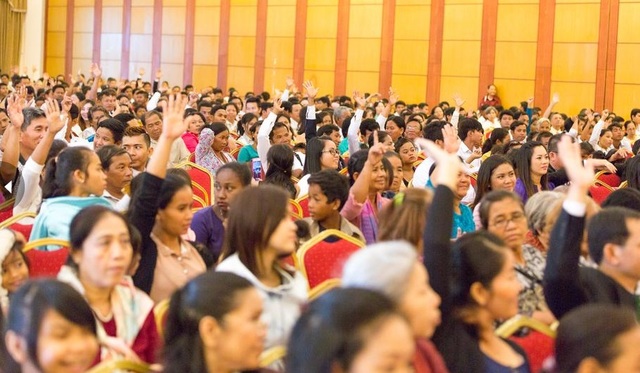 Beginning August 17, Elder Holland made a historic visit to the East, visiting and uplifting Latter-day Saints in Vietnam and Cambodia. Learn more about these exciting trips below, or learn more about the Church in Cambodia here.

Over one hundred members and friends of the church met at the local meetinghouse of The Church of Jesus Christ of Latter-day Saints. in Hanoi to hear the words of Elder Holland at a "Family Home Evening" gathering on Monday night.  After expressing appreciation for the piano soloist and the 20-voice Young Single Adult choir, Elder Holland spoke to those in attendance about their roles as pioneers in Vietnam.  "The path you blaze is the one others will follow," he declared, counseling the saints to live the gospel well "so that your children and future generations can live in light and truth with the blessing of the church in their lives." 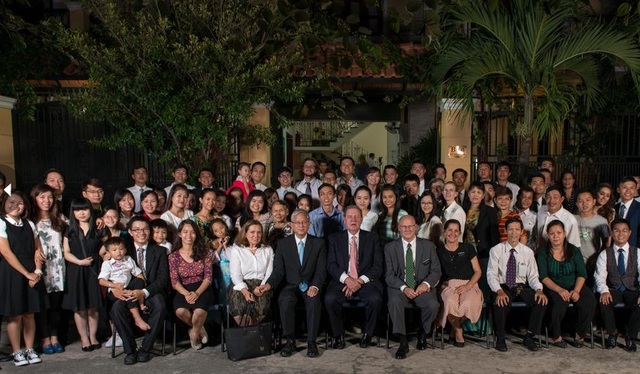 He particularly admonished those in attendance to "learn everything you can about the church" utilizing handbooks, manuals, and church websites, and to become "honest, good people who are guided by the Lord."

"I've spent my life learning," he told them. "I've given my life to the Lord with my eyes wide open.  Learn all you can.  Do not let ignorance take you away."

Read the rest of the story at Mormon Newsroom.

“God is our Father. Without Him we are lost,” said Elder Jeffrey R. Holland, member of the Quorum of the Twelve Apostles, of The Church of Jesus Christ of Latter-day Saints, during a Cambodian Member Meeting on Aug. 23, 2015.

Held in a hall at Diamond Island in Phnom Penh, Cambodia, more than 2,000 members and friends gathered to hear Elder Holland for the first time in their country, and over three years since an apostle of the church had visited Cambodia. This was the largest gathering of saints for Cambodia in its twenty year history in Cambodia.

Elder Holland blew everyone a welcome kiss, as he entered the hall to a reverent, standing, humbled gathering who had earlier arrived, by numerous bicycles, motorbikes, tuk-tuks, buses and vehicles to hear an Apostle at the event. 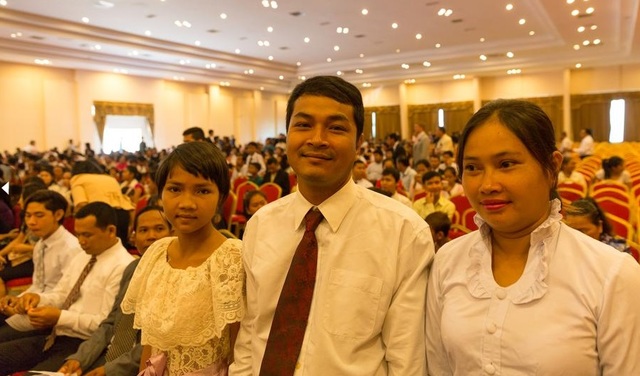 In his remarks, Elder Holland stated four reasons he would join the church if he were hearing about the gospel for the first time, or was looking for a church or religion in their lives.  “The whole world would join if they knew what I know.”  “There are many reasons,” he said, “but I’ll focus mainly on four.”

“The first reason. God appeared on earth, in our time. He called prophets again, like in the old times. He gives authoritative Priesthood to the church. Think of a world that does not know that. In Amos of the Old Testament,” Elder Holland reminded the saints,  “people would run from the North and South, the East and West to search for the word of the Lord and would not find it. There would be famine and thirst. The condition of the world without God and the Priesthood is hungry, thirsty, and cold.

Read the rest of the story at Mormon Newsroom.